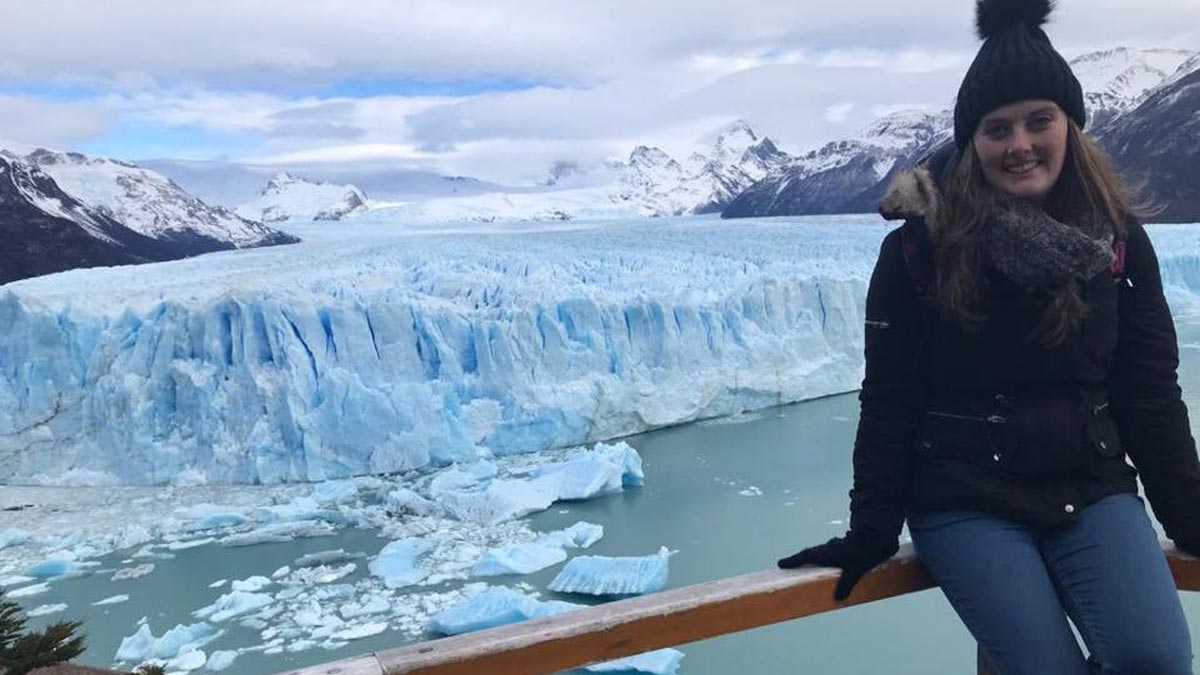 Megan Johnson studied French and Spanish at undergraduate level. She chose to spend her year abroad in France and Argentina:

"I went to Montpellier in France for five months for the autumn term. I then spent six months in Argentina with the British Council, which was really good as the British Council usually only offer a year abroad. I loved it. It was amazing!"

Megan applied and won a six-month placement in Argentina, which is one of the few locations where shorter British Council placements are available.

Megan started her year abroad experience in Montpellier in the South of France. As she was enrolled at the University, she stayed in student accommodation there and enjoyed the fact that it was an international student city – a real contrast to her time later in Argentina.

The experience in France was very different to the UK system:

"When we arrived we were looking for timetables and they said 'No, we don't have timetables – you go and find out by looking on the doors!' So it made us very independent."

They also had a lot of freedom when it came to choosing what to study:

"We chose the modules that we wanted: Analyse de la Langue, Civilisation Française, History, Culture, and I took a Spanish module as well to keep up with the Spanish."

One very different aspect of living in France, compared to Argentina, was the fact that Megan went to Montpellier with a group of students. This was good for the support, but limited the opportunity to speak French.

In Argentina however, Megan was entirely by herself, but really enjoyed the experience because she was on her own and forced to communicate:

"I was in a small city where no one spoke English. I was in Neuquén, north of Patagonia. I lived with a family who spoke zero English which obviously was daunting but it was amazing to have six months of my life completely in Spanish, and I have already booked my flights back because I loved it so much."

Finding accommodation in Argentina was straightforward:

"The British Council gave me a mentor who got in touch and suggested a lady that I could live with – she had hosted a previous student – so I turned up on her doorstep and lived with her for six months."

The work in Argentina was also enjoyable. Megan was given a placement at a language institute and was teaching students training to be English teachers. The benefit of this was that the students were 18 years old and upwards, and so also became friends. In addition they were keen to be taught as they were paying for their lessons.

Argentinian Spanish was an initial challenge:

"At first I couldn't understand what was going on but, because I was speaking Spanish 24/7, within a month I had picked up the accent.

"I have shaped my final year around Argentina because of my interest. I am doing the module on Argentina and Chile, I have decided to do my Spanish speaking exam about migration in Argentina, and I have done an extended essay on Argentina – but I do have a South American accent now.

"There is also a focus on Latin America in the Department so everyone speaks with different accents and there is no issue with using regional grammar. We have people in our class who went to Cuba, Chile, Mexico, Argentina, Spain – so a real mix."

Megan already has her plans in place for life after university, and the year abroad played a big part in that:

"It was good to have had a mix of university and working. Working has made me so much more independent and ready for work life next year. The fact that I have been on a year abroad and lived and worked in another country, jobwise, is perfect on my CV and LinkedIn.

"I have a teaching placement sorted for next year. I am doing the French and Spanish QTS at a school in South London and was given it based on the experience that I'd had in Argentina."

Apart from knowing that you can never be completely prepared, Megan felt that the Department of Languages and Cultures: "were really helpful. Sarah Lodge is amazing. She helped us with all the university placements."

Students have the support of a dedicated team of Year Abroad Coordinators for each language, who work alongside the Department's full-time Year Abroad Administrator, Sarah Lodge.

The Department also assist with CV and cover letter writing and the culture modules are useful in preparing the students so that they know what is going on in the country they are travelling to.

Megan's message to other students planning a year abroad is:

"It's important to try and be as independent as possible – try and avoid sticking within the comfort zone. That's how you gain the best experience. In Argentina I went there by myself but I now have places to stay and lots of colleagues and friends and my host family to visit when I go back."