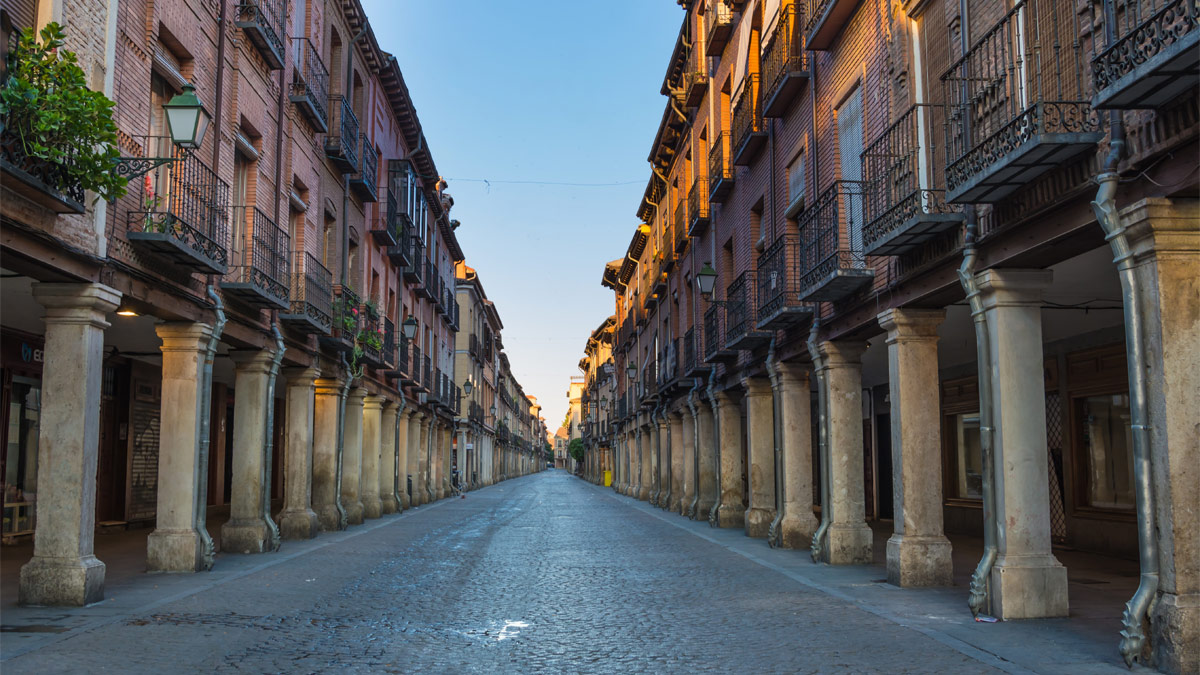 Jess Paxford, a German and Spanish student, spent the first term of her year abroad studying in Alcalá de Henares, where she had a memorable time improving her Spanish language skills, making new friends, and travelling around Spain.

Jess spent five months studying at the Universidad de Alcalá after having taken up Spanish at beginner level at university.

"Studying university modules in Spanish was definitely a challenge, but it made me so much more confident and secure in my language abilities."

Continuing her studies during a year abroad

The aim of the year abroad is for students to develop their language skills, improve confidence and self-reliance, and to gain practical experience of living, working and studying in another culture. But Jess also wanted to develop knowledge she gained from earlier parts of her degree.

"Having taken linguistics modules in Parts 1 and 2 of my degree at Reading, I was happy to find that I was able to study Spanish morphology and linguistics on my year abroad to get an insight into how the subject is taught differently in Spanish.

"In order to practice my German, I also took a module in German-Spanish translation, which widened my vocabulary in both languages."

"Alcalá was a great place to spend a semester – there was so much to do and the surroundings were a lot different to what I am used to."

Jess spent her year abroad exploring Alcalá de Henares. She enjoyed the historical town – a large part of the old buildings used to be convents and many still are.

Jess liked going out with her friends in the evening to Alcalá’s main street filled with tapas bars and cafés. The town is very picturesque – the sixteenth-century front of the university and the Plaza de Cervantes are great spots for photographs.

Within walking distance was a mountain range, where Jess often went hiking to make the most of the sunny weather. She also spent a lot of time in the city of Madrid, which was only a short train ride away.

During her year abroad, Jess lived in student accommodation with native speakers. She attributes much of her progress to the opportunities this gave her to practise Spanish consistently on a daily basis.

She became great friends with her flatmates, who helped her to settle in and showed her around. From them, she learned some traditional recipes and learned a lot about Spanish culture and social norms.

"Complete immersion was key for me in progressing and improving my speaking and comprehensive capabilities, which has prepared me well for my final year of study.”