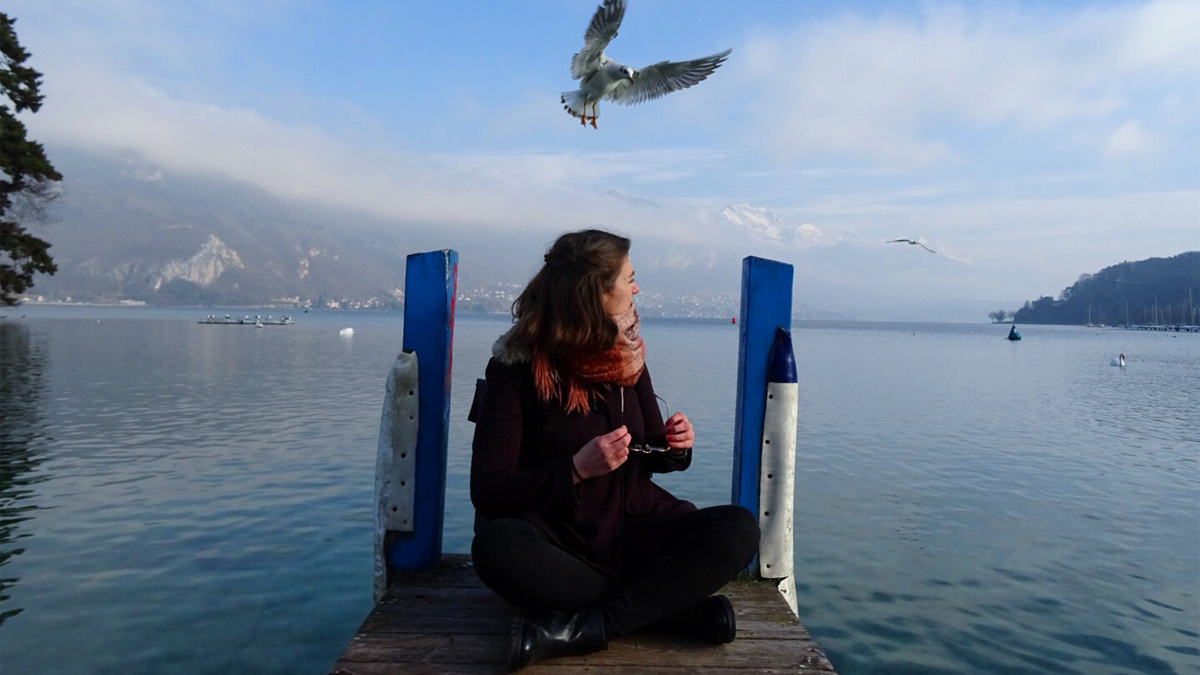 Ashleigh Embling spent her year abroad studying in Lyon where she had a memorable year improving her French language skills, making new friends, and travelling all over France.

"Studying at a Grande École was a challenging experience, but incredibly rewarding and enjoyable.

Continuing your studies during a year abroad

The aim of the year abroad is for students to develop their language skills, improve confidence and self-reliance, and to gain practical experience of living, working and studying in another culture. But Ashleigh also wanted to continue her International Relations studies.

"I really wanted to keep up the International Relations side of my degree and Sciences Po provided the perfect place to do this, whilst also massively improving my language skills because the lectures were held in French.

"Studying also provided an environment where it was easy to meet other people doing Erasmus placements, so I had a group of Erasmus friends and our common language was French which really helped improve my level of fluency."

"Lyon was unlike anywhere I've lived before, it's the third largest city in France and shows this in its vibrant culture and welcoming atmosphere."

Ashleigh spent her year abroad exploring Lyon. The city has nine arrondissements, each with its own personality.  She fell in love with the older parts of the city, including the historic quarter Vieux Lyon, home to old churches, a basilica and traditional French streets housing many small ateliers.

Ashleigh and her new friends also spent a lot of time in Croix-Rousse, which is an area with stunning views of the city.

During her year abroad, Ashleigh travelled to many places including Marseille, Siena, Paris and Madrid. The photo of her sitting at a lake won second place in the 2017 Year Abroad Photo Competition and was taken on one of Ashleigh's many trips out of Lyon.

Ashleigh visited Lake Annecy, in a town called Annecy on the Swiss-French border about an hour's bus trip from Lyon.

"Being able to travel to so many places was definitely a highlight of my year abroad, and I'm glad I took so many photos like this one to be able to remember each trip!"