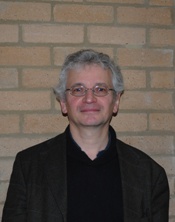 My research interests include comparative study of Renaissance lyric poetry (French, Italian and neo-Latin), intertextuality, Rome in Renaissance writing, the writing of exile and displacement in the Renaissance, Renaissance cento-writing and censorship, the subversive and coded aspects of Rimbaud's French and Latin writing.

In connection with these interests I have published numerous articles in edited volumes and learned journals, and have organised or co-organised several international conferences. Current projects include an edition (in collaboration with other scholars) of the French and Latin works of Du Bellay (for Champion, Paris), an edition of the extensive French, Latin and Greek annotations by Henri Estienne of the French poetry of Du Bellay, and a major monograph: The Mosaic of Words: the Cento as a genre and as a concept in Early Modern Europe.

I am a Fellow of the European Humanities Research Centre of Oxford, and have been Visiting Fellow in the Universities of Virginia (Charlottesville) and Leuven (Belgium). I am also a member of the editorial board of Humanistica Lovaniensia: International Journal of Neo-Latin Studies (Leuven), and was Visiting Professor (2006-7) at the Ecole Pratique des Hautes Etudes, Sorbonne section, Paris.

I am also a membre étranger associé of the Centre de recherche Guillaume Budé, Université de Paris, Sorbonne - Paris IV, and was awarded a Major Research Fellowship 2008-10 by the Leverhulme Trust for my monograph on the Early Modern cento form.