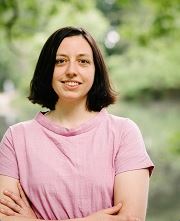 School Lead for Admissions and Outreach

I am broadly interested in the cultural and intellectual history of nineteenth and twentieth century central Europe.

I am working on a book about discussions of temperature in Europe between 1870 and 1930. Temperature served as a touchpoint for theories about measurement, as a set of cultural practices of control and regulation, and as material for thinking about how self and world touch. Temperature was a literary, scientific, and cultural obsession around 1900; see, for example, Thomas Mann’s novel The Magic Mountain.

In September 2022 I convened a conference at the British Academy, funded by the Wellcome Trust, on the history and future of human-animal relations, (post-)colonialism, and disease, with particular attention to one actor within this network: the mosquito.

I have also translated a number of essays from German into English for two forthcoming volumes on media theory and philosophy.

I teach undergraduate modules on German and Austrian literature, language and culture. I also convene a module on fantastic literature (ML2GF).