Language encounters were and are an everyday part of the multinational peacekeeping deployment in Bosnia-Herzegovina. Peacekeepers were required to interact with colleagues who spoke different languages, conduct operations in a society whose languages were unfamiliar to most personnel involved and contend with local linguistic politics in a context where language differences had been constructed as markers of ethnic belonging.

We aim to investigate the policies and practice of language encounters in the Bosnian peacekeeping operation between 1995 (the end of the war in Bosnia-Herzegovina) and 2000. Our sources will include published memoirs, the civilian and military press, and interviews with individuals who were involved in the peacekeeping effort – in particular, interpreters, translators, linguists and people who worked with them, but also non-linguist members of the peacekeeping forces who had to use foreign languages themselves in the course of their duties. We also hope to collect oral histories to be deposited in the sound archive of the Imperial War Museum (one of our project partners) to add to the historical record on contemporary conflict.

Staff working on this case study: 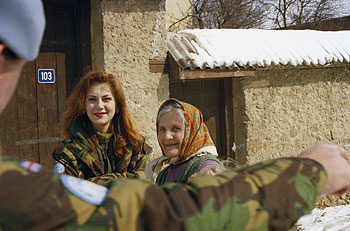