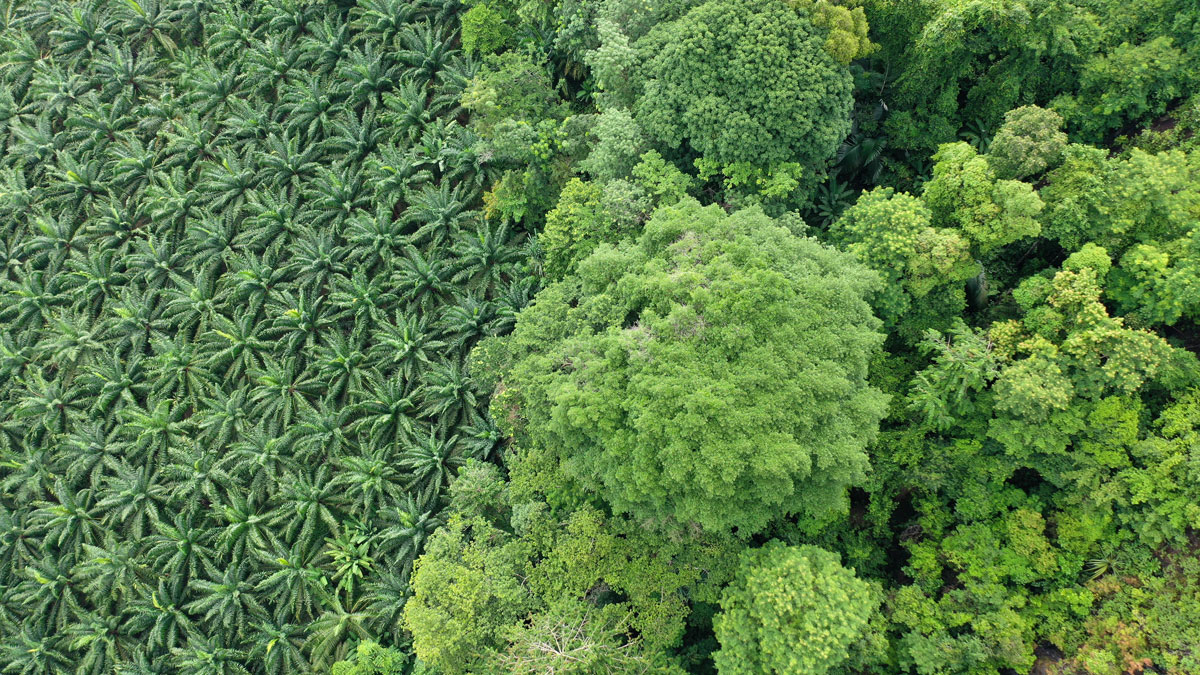 Amazonia is one of the most biodiverse locations on the planet, thought to be home to up to one half of all species, and around one third of all carbon on land.

How will the rainforests respond to the impact of global warming, human land use, and deforestation? Will they be sensitive, or resilient?

Professor Frank Mayle works to reconstruct the history of Amazon rainforests, removing long cores of sediment from the earth for microscopic analysis of their contents to learn about the long-term dynamics of rainforest ecosystems.

The long timeframe of the evidence collected means that we can predict the likely response of these ecosystems to natural drivers, such as climate change, as well as human interaction.

“Initially the very idea of reconstructing vegetation history came from a second-year undergraduate module that I took here at the University of Reading, when I was student here myself… I was fascinated that you could look at pollen grains down a microscope and reconstruct the history of vegetation over thousands of years.”

Frank draws on his extensive research in this unique location in his teaching. Case studies in his module Tropical Forests, Climate and Land Use Through Time are used to explore the interrelationships between climate change, human land use and tropical forest ecosystems.

The module facilitates discussion of the implications of this historical perspective for conservation policy and understanding the fate of tropical forests over the twenty-first century.

Students use pollen slides from his coring work to learn practical microscopy techniques and reconstruct vegetation history, with several taking the opportunity to conduct their dissertations based on the cores and samples Frank has collected.

During one of Frank's recent research projects in the Amazon, hundreds of mysterious earthworks were uncovered as modern deforestation revealed sites concealed for centuries by trees. The earthworks have revolutionised our understanding of the ancient societies that built them and how they interacted with their environment.

There is increasing archaeological evidence that human populations in the area were much more complex societies than previously thought, and that they had a major impact on the landscape.

Frank and his collaborators have found strong evidence that these indigenous peoples altered the biodiversity of the rainforests to suit their own needs; from deforestation in order to build the monuments, to favouring the growth of palms over other plants, which were needed for a range of uses spanning medicines, food, dyes, and construction.

The discovery raises questions around land use, sustainability, and conservation efforts.

Discouraging human interaction with an environment in order to preserve it is challenged if the very biodiversity we intend to protect has been altered or generated in some way by indigenous peoples over thousands of years – but how the land may be used, and to what extent, so as to be beneficial or harmful is still to be explored.

Help to answer these questions. Find out more about our master's courses