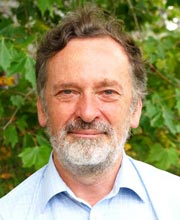 After his PhD, Richard worked on heavy metal uptake by plants and then reclamation of China clay waste at the Universities of London and Liverpool respectively, before joining the research arm of the then nationalised electricity industry in 1977.

He researched numerous aspects of the effects of electricity generation on the environment, but particularly the effects of acid rain on soils, forests and waters, becoming Head of Terrestrial Ecology in 1988.

After privatisation of the industry in 1991, he became internal biology consultant to National Power plc, and ran an industry-wide contract research programme on environmental effects. He left the industry in 2000 and joined the University on a contract basis, where he has worked on a number of research projects.