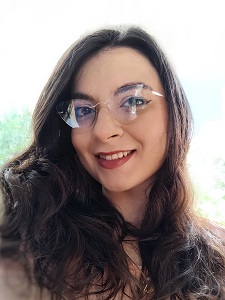 Evaluating the ability of human communities and environmental systems to adapt and recover to Late Holocene climate change in the Peruvian Andes.

My PhD research focuses on reconstructing the Peruvian palaeoclimate during the Late Holocene (last 4250 years) through high resolution palaeoenvironmental data coupled with agent-based modelling. This will be accomplished by analysing the relationship between the economic, social, and environmental factors, particularly changes in agricultural infrastructure, demography, fire history, land use, and climate change placed within a precise geochronological framework. The objective is to quantify the importance of each these factors across time and space, and to evaluate the ability of these communities and systems to adapt and recover. This PhD project aims to answer the following research questions: What were the characteristics, magnitude, and frequency of each climatic event? What was the environmental, social, and economic exposure that may have amplified the risk to each event? How did food systems and communities resist, recover, cope, anticipate, or even collapse, with each event?

I am a multi-disciplinary geoscientist with expertise working in both industry and academia. I use pollen grains (palynology) and organic molecules (biomarkers) to reconstruct the environment of the past. I am currently a NERC SCENARIO DTP funded PhD student at the University of Reading under the supervision of Prof Nicholas Branch and Prof Joy Singarayer. My PhD project will focus on reconstructing Holocene climate change in the Peruvian Andes using high-resolution paleoenvironmental data and agent-based modelling.

I was awarded the degree of Master of Science with Distinction in Oceanography at the University of Southampton where I wrote my thesis on the hydrological and associated biogeochemical change in the Southwest Pacific during the late Mesozoic and early Cenozoic. I used leaf wax biomarkers (n-alkanes) to assess the source of terrestrial matter and the thermal maturity and then linked the results with temperature records based on archea-derived biomarkers called glycerol dialkyl glycerol tetraethers to understand the relationship among temperature, hydrology, and organic matter delivery to the marine realm.

I hold a BSc in Geology at Babeș-Bolyai University of Cluj-Napoca where I graduated as Top of Cohort. My dissertation focused on the reconstruction of vegetation history and anthropic impact through palynological analysis using a Holocene peat bog sequence from Poiana Stampei (Dornelor Plateau).

I have several years of experience working as a geologist prior to commencing my MSc after which I worked as a research assistant in the Organic Geochemistry Laboratories under the supervision of Dr Jessica Whiteside at University of Southampton. I have been analysing biomarkers and the carbon isotopic composition of invertebrates from lakes in Alaska from different periods in the Holocene as part of the NERC-funded grant project PAMELA: Past methane from lakes in the Arctic: Integrating proxy records and models.