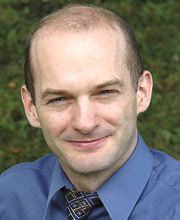 Co-Chair of University Programme Board

I have authored 90 publications and software outputs, including 33 peer reviewed journal papers in hydrology and 21 reports for the Quality Assurance Agency for Higher Education (QAA). I have served twice as guest editor of the journals Water and Hydrobiologia.

My most recent research work has been undertaken in collaboration with Professor Defu Xu and colleagues at Nanjing University of Information Science and Technology (NUIST) in China.

I have a national reputation in higher education as a quality review expert recognised through my appointment as an "External Expert" by the QAA.

As an institutional reviewer since 2012, I have undertaken 20 full-scale QAA institutional quality reviews, covering the full breadth of higher education delivered in FE colleges, specialist HEIs, private colleges and a range of Universities, including from the Russell Group.

I am also a QAA appeals panellist and a trained degree awarding powers scrutineer, Gateway Quality Reviewer for the Higher Education Funding Council for Wales and a QAA subject specialist for Geography and Environmental Science. I am a Senior Fellow of the HEA.

I lecture in all years of our undergraduate programmes and have also convened a field class module in most years since 1995, taking over 600 students on residential field trips in the UK, Europe, and China.

In 2011, I won the RUSU Gold Star award in recognition of outstanding contribution to teaching and learning and have since been nominated several times, including in 2019 for "best lecturer". I view teaching students and supporting their academic and professional development as the most important job I do as an academic.

I have served as School Director of Teaching and Learning (SDTL) for seven years (2007–10 2015–19) and as School Senior Tutor for five years (2010–15). Other teaching and learning leadership positions held include Director of Undergraduate Studies in Geography, MSc and MRes Programme Director, and chair of UG and PGT examination boards.

I regularly serve on University committees and Senate Standing Committees. I am currently co-chair of University Programme Board.

I am the author of the official biography of American singer-songwriter, Don McLean. I participated in the BBC 2 "Classic Albums" episode on Don McLean's American Pie, first broadcast on BBC television in December 2017 and currently available worldwide on Amazon Prime.

Howard, A. & Easthope, M.P. (2002) Application of a model to predict cyanobacteria patterns in response to climatic change at Farmoor Reservoir, Oxfordshire, UK, The science of the Total Environment 282-283, 459-469.

Easthope, M.P. & Howard, A. (1999) Implementation and sensitivity analysis of a model of cyanobacterial movement and growth, Hydrobiologia, 414, 53-58.