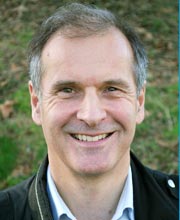 Roger has extensive experience in supervising students through to PhD completion. He is happy to discuss doctoral research proposals covering any of his areas of interest. He is especially keen to hear from prospective students in Iran, Iraq, Syria, and Turkey.

Climate, environment and past societies of Iran

Early administration in Mesopotamia – analysis of clay tablets and sealings

In collaboration with Dr Amy Richardson, Roger is leading on cutting-edge investigation of early writing and sealing in Mesopotamia, 3200-2400 BC. This research integrates Dr Richardson's portable x-ray fluorescence analysis of clay artefacts with the content and context of inscribed tablets and sealings to generate innovative integrated interpretations of early administrative systems in Early Dynastic Mesopotamia.

A collaborative UK-Iran project investigating the Early Neolithic of western Iran through excavation of two mound sites, Sheikh-e Abad and Jani, in the Zagros mountains. This project was funded by the UK Arts and Humanities Research Council for four years from January 2011. It is also being supported by grants from the National Geographic Society, the British School of Archaeology in Iraq, the British Institute of Persian Studies, the Society of Antiquaries of London, and the Wainwright Fund for Near Eastern Archaeology. From October 2018, a new phase of this research is supported by a European Research Council Advance Grant entitled MENTICA Middle East Neolithic Transition: Integrated Community Approaches

Roger co-directs, with Wendy Matthews and Kamal Rasheed Raheem, ongoing excavations at the Early Neolithic site of Bestansur in Iraqi Kurdistan. Bestansur's importance is recognised by its status on the UNESCO World Heritage Tentative List.

Writing of a thematic diachronic study of the past of Iran, co-authored with Professor Hassan Fazeli Nashli from the University of Tehran.

His research interests have always been intertwined with extensive field activity. He served as Field Director at major projects including Çatalhöyük in Turkey (Neolithic project), Abu Salabikh in Iraq (Sumerian city) and Tell Brak in Syria (multi-period site). He has directed his own field projects at Jemdet Nasr in Iraq (proto-literate period) and a multi-period survey in north-central Turkey, Project Paphlagonia. All his field projects have been published. He has also published widely on many aspects of the ancient Near East.

Roger was Chairman of the British Institute for the Study of Iraq, 2006-2012, a self-funding organisation which has been instrumental in multiple initiatives regarding the archaeology and cultural heritage of Iraq. He is a Fellow of the Society of Antiquaries of London, and a Peer Review College member of both the Arts and Humanities Research Council and the Economic and Social Research Council.

Roger is Academic Editor for the distinguished journal Anatolian Studies, and welcomes enquiries about potential submissions to the journal.

Since summer 2016 Roger has been President of RASHID International, where RASHID stands for Research, Assessment and Safeguarding the Heritage of Iraq in Danger, an international group of academics and others concerned to assist Iraqi colleagues with the major challenges they face in protecting their cultural heritage.