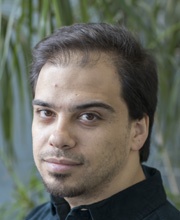 MIS 11 and 9 saw a major expansion in the occupation of northern Europe by Middle Pleistocene Homo. The cyclical changes in sea level, which led to Britain switching between an independent island and a peninsula of Europe, and the re-colonization of Britain by different groups after MIS 12, make this period particularly important. These parameters created cultural diversity and major population changes, which are likely to be evident in the artefact record. By considering changes in flaking technologies and volume management in Core & Flake and Large Cutting Tools (LCTs) from sites in both Britain and France, the aim of this project is to evaluate the factors influencing the material culture of Middle Pleistocene Homo in north-western Europe, such as interactions, raw materials, technological processes, needs of groups and the purposes of the tools.

I have a BA and MA in Prehistoric Archaeology from Ankara University. During my BA and MA I attended many Palaeolithic surveys and excavations over several years and studied lithic technology.

At master's level, I completed my thesis on "Relations of Anatolia and Caucasus, the period from known human activities to Mousterian culture". While studying Caucasus and Anatolia, I considered the critical position Anatolia has for early humans in the context of the evidence from the Levant, Caucasus and Europe. Nevertheless, we can count on the fingers of one hand the number of Lower Palaeolithic sites in Turkey. This sparked my interest in the European record, as a key region from which to learn more about early humans' lithic culture. In accordance with this purpose I have started to investigate Britain and France's lithic artefacts from MIS 11 and 9 (with the full support of the Turkish Ministry of National Education), titled "Differences in Flaking Technologies and Volume Management in Large Cutting Tools and Core & Flake Assemblages in Britain and North-West Europe in MIS 11 and 9".

I hope after my PhD at the University of Reading I'll be ready to investigate and interpret archaeological sites and artefacts in Turkey, its adjacent areas and help to expand the knowledge of the Lower Palaeolithic of Turkey.