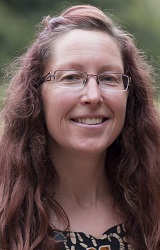 I will be looking at the technologies and habitats of the first human occupants of Northern Europe between over 800,000 and 500,000 ya primarily through stone tools. The earliest evidence for hominins has been recently discovered along the coastline of East Anglia.

To address these questions, I will be investigating the area between Reading and Beaconsfield which contains former courses of the River Thames dated to over 500,000 years and from which an abundance of stone tools have been found. I also aim to identify when handaxe technology was first used.

This project is an AHRC funded Collaborative Doctoral Partnership Project with the British Museum.

I have eighteen years' experience of working in Archaeology, Heritage and Museums. I have worked for a variety of organisations including English Heritage, Cotswold Archaeology and the Newport Medieval Ship in various roles of field, finds, environmental and archive archaeologist as well as lithic specialist. I have had the privilege of surveying, excavating, and handling Palaeolithic material from a wide geographical area on a number of international research projects partnered with various UK universities, including projects in South Africa, Georgia, France, India, Oman, Qatar and the United Arab Emirates.

I have also previously worked as Assistant Curator in the National Museum of Qatar, as Archaeologist (Artefact Analysis) for Historic England and Heritage Officer for the National Botanic Garden of Wales. My public outreach has included talks for local heritage groups, organising a Young Archaeologists' Club and facilitating hands on archaeology sessions in local primary schools.