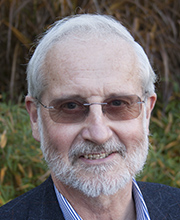 Archaeology of Medieval Britain and Europe, with particular interests in:

I have now retired from all undergraduate and postgraduate teaching.

I am involved in two long-term research projects:

Over the last five years I have become increasingly interested in the social aspects of urbanisation and have also sought to integrate the documentary, archaeological and numismatic evidence for the eighth to twelfth centuries, as reflected in the following publications: