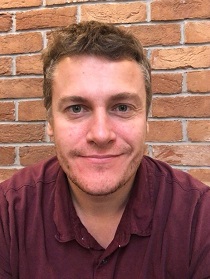 My work as a Research Fellow in material science links the chemical analysis of metal objects with human history. My time is split between our new laboratory facilities in Reading and the Department of Science at the British Museum. I am working with colleagues to develop this exciting new collaboration.

I have extensive experience of teaching archaeological science, and supervising master's and doctoral research. I welcome enquiries about new student projects or chemical case studies on any archaeological materials.

Metal has been used to name several of our major archaeological periods, such as the Bronze and Iron Ages. I am using chemistry to research the social role of bronze at those early points, and how it changed and developed through to the Middle Ages, over three thousand years later.

Within the main composition of bronze (tin mixed into copper) there are often other elements present at very low levels. My research focuses on analysing ancient bronze objects to identify those compositions, and then working out what that specific mixture means in terms of the ‘biography’ of the material. Rather than being fixed, the level of chemical 'impurities' in the metal (often arsenic, antimony and nickel) can change over the long history of a unit of metal. This happens when bronze from different sources was mixed, or when metal was remelted and recycled.

With colleagues at the British Museum and the University of Reading's chemical laboratories, we are developing several new projects. Sam Moorhead (BM) and I will look at the chemistry and political messages of late Roman British rebel coinage, to see how their breakaway Empire competed with their rivals. With Ross Thomas (BM), we plan to study Roman figurines that are encrusted with volcanic ash. Our work will confirm whether these were buried in the eruption of Vesuvius in AD 79, and explore the history of the metal objects, including their collection by Grand Tourists in the 18th century.

It is a privilege to hold this exciting Fellowship and to develop these new research links. This work is only possible thanks to the support of both the British Museum and University of Reading; and the investment by Reading in new laboratories, particularly a Microwave Plasma - Atomic Emission Spectrometer.