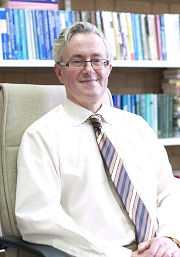 My Facebook page ‘Wittgenstein day-by-day’, which tracks the thoughts and activities of Ludwig Wittgenstein at exactly one hundred years distance, has been going since 2011.

Academic work outside the University

I was the first Secretary of the British Wittgenstein Society, from October 2007 until November 2010, at which point I accepted membership of their Honorary Committee. I was a member of the Council of the Royal Institute of Philosophy from 2009 until 2017. I have served as external examiner for cohorts of undergraduate students at the University of Oxford and the University of Exeter, for MA cohorts at Oxford Brookes University, and for PhD or MLitt students at the Universities of Oxford, Manchester, Sheffield, Durham, Bristol, Düsseldorf, and King's College, London.