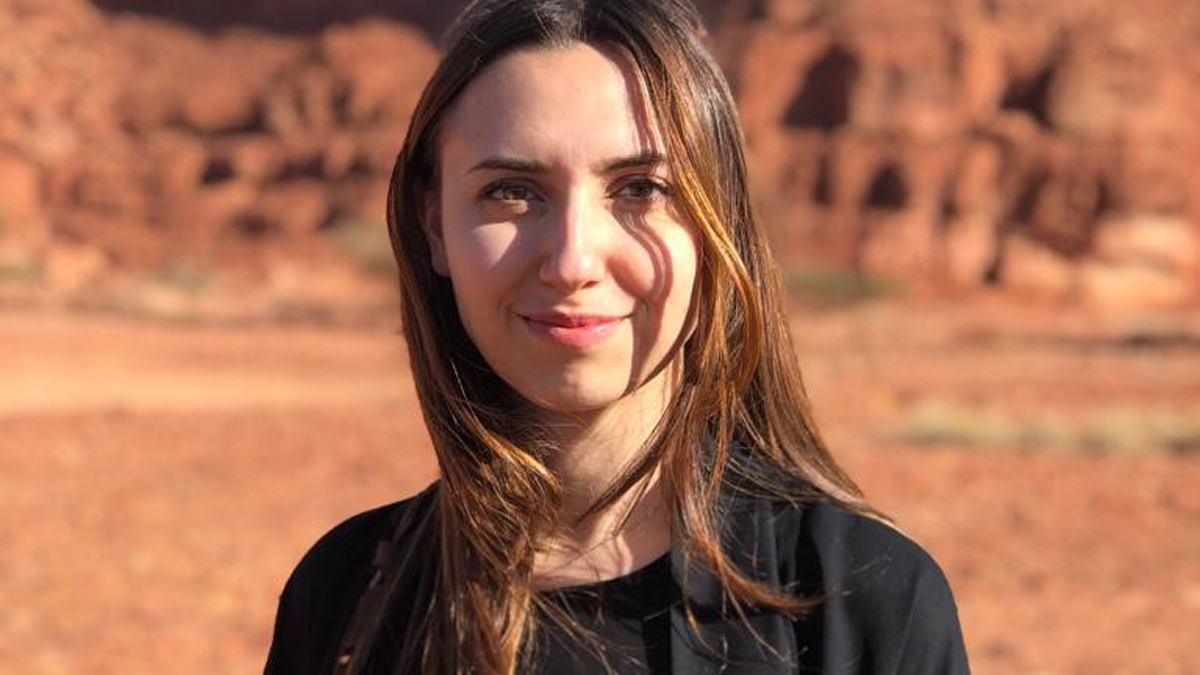 Growing up, Silvia Lazzaris found she was desperately looking for meaning in the world around her. She wanted to find the answers to her many questions, to explore and understand the bigger picture. She discovered that the inquisitive perspective of philosophy was what she needed in her life at that moment

"I chose to come to Reading to do my master's in Philosophy because the Department does fantastic interdisciplinary research for anyone interested in the mind. Also, I couldn't give up on philosophy after my undergraduate degree: I wasn't done with philosophy then, and I don't feel I am now."

Philosophy is not just an interest, it's become a way in which I think, and it's always with me. I realise the more I read it, the more I practise it, the better I become at making life choices."

"Philosophy also helps me to make sense of the smaller things in life. I don't think I've fully resolved my bigger, deeper questions and that's OK it's intrinsic of philosophy to keep being inquisitive. You need to constantly perfect your understanding and you can always try to see beyond the assumptions you have made to reach some conclusions. In philosophy, you're constantly smashing your head against the boundaries of what you can conceive. Pushing your brain against its limitations really gives you the tools you need to make choices in your life."

Silvia's year at Reading enabled her to gain the tools she required to succeed:

"I loved the debates we had at Reading! Each of us would bring an argument about some chosen philosophical topics and then we would all debate around it.

The debate is so intrinsic to philosophical enquiry, and this style of learning really empowered me.

"I was quite shy at the beginning about saying my opinion out loud in front of other people, but once I gave it a go I started to feel a satisfaction in doing it. My confidence developed massively throughout the year!

My biggest accomplishment at Reading was one of my presentations. The comments I received afterwards made me realise I had mastered the art of debate. I thought back to a few months earlier and realised how many tools I had gained â€“ I was accustomed to the rules of debate and I was able to express my point succinctly. I was so pleased, as one thing that had frustrated me before my master's was that I wanted to express my views effectively but I felt I didn't have enough tools to succeed."

Following graduation, Silvia had big aspirations for the future:

"While I was at Reading I realised that philosophy on the topics I wanted to talk about would always overlap with scientific research. The importance of taking scientific results into account in philosophy became evident. Reflecting on this, after graduating from Reading I decided to go to Imperial College London to do another master's, this time in Science Communication.

"I wanted to be able to back up my philosophical perspectives with academic authority across fields, combining scientific and philosophical research. My time at Reading was pivotal in helping me discover what I wanted to do."

After completing her master's degree, Silvia has been working as a freelance journalist and writer, publishing on several international media outlets including Corriere della Sera, Italy's largest newspaper and BBC World Service.

Currently, she works as an Editor for the platform FoodUnfolded , funded by the European Institute of Innovation and Technology. She is also a producer of Seeker and iHeart Radio's podcast Surprisingly Brilliant.

During the first two years of freelancing, Silvia worked for KCA London, producing content for the master-planning of museums and cultural destinations around the world, with a focus on cultural interpretation and cultural diplomacy. In 2019, she co-authored the book Patterns in Art, which was shortlisted for both the AWDA Women in Design Award and the Communication Arts Design Award. Silvia is currently writing her second non-fiction book, which will come out in 2021.

"Studying philosophy at Reading helped me become clear, concise and to the point in what I want to say. Not only that, it also taught me what is relevant to say. I wanted to become a journalist and I believe the inquisitive approach I have developed thanks to philosophy is key in my work. My goal is to do a job that enables me to learn and inform, asking difficult questions and popularising the answers. I want to try and make sense of the world as best I can, and to express that to others."