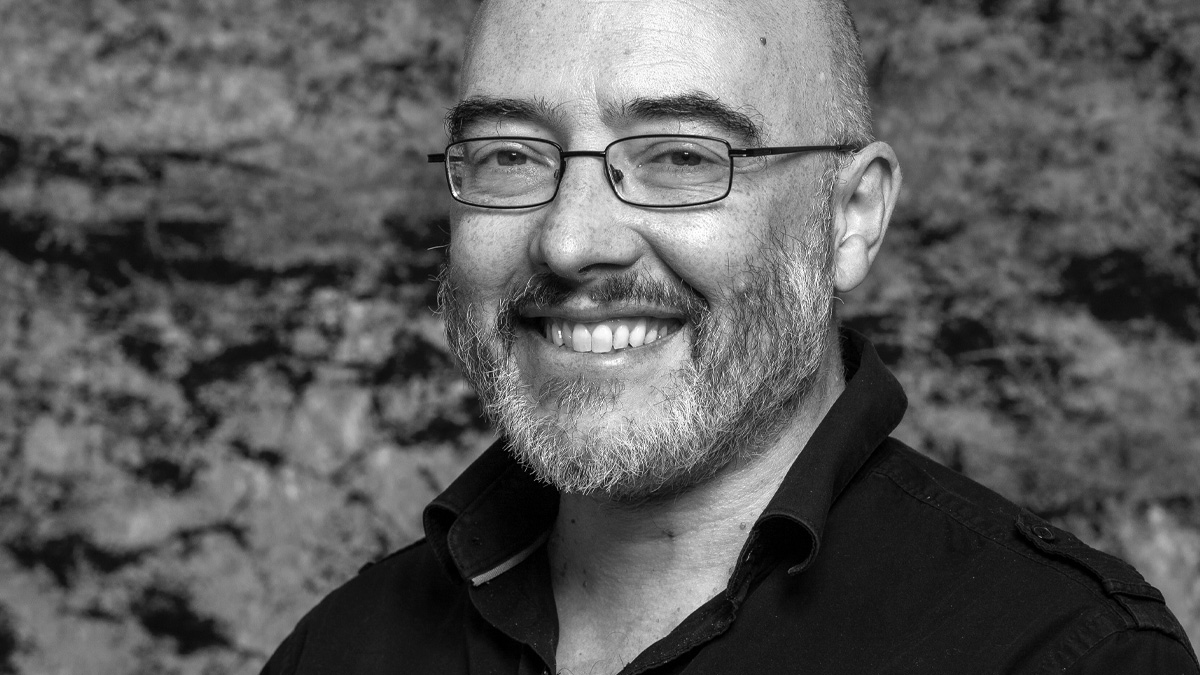 Professor Maximilian de Gaynesford specialises in philosophy of language, philosophy of mind, aesthetics and philosophy of literature. He strongly advocates the idea of teaching- led research, alongside the more familiar approach of research-led teaching.

This method gives Max the opportunity to connect research questions and classic philosophical debates on the one hand, and important problems that we're grappling with in contemporary life on the other. Max students explore interests and raise questions that allow him to dig deeper.

Greek philosopher Aristotle once said, "It is the mark of an educated mind to be able to entertain a thought without accepting it." Max encourages his students to consider the subject matter from all angles without necessarily agreeing to it.

Through his Radical Philosophy module for first year students, Max familiarises his students with the idea that philosophy can be used to deal with the everyday issues they encounter, rather than to only deal with very abstract or technical questions.

He also encourages students to confront their deepest beliefs and assumptions in a characteristically philosophical way. This informs students about current debates in philosophy. It develops a sense of the significance of philosophical thinking in dealing with modern problems.

"Capitalism will be destroyed by the very forces it creates. It is not possible for us to live authentically. Gender is a social performance. We are not responsible for migrants and other fringe groups of society who lack full access to citizenship. We must tolerate hate speech. Torture is permissible in extreme circumstances, e.g., post 9/11. We cannot hope for a perfectly reconciled and harmonious society. These are some of the claims this module investigates philosophically."

Max's module, The Scandal of Film discusses how films play a central role in our cultural life. However, many aspects remain unclear and call for philosophical investigation.

"We often attribute enormous power to films. They teach us about reality. They reveal the human condition. They make us better people. They include some of the greatest art yet produced. They do philosophy, better and more seriously than philosophers do. But are any of these claims true? The issue is that we don't tend to ask the questions. The 'scandal' is that philosophers themselves all too rarely ask these questions or encourage people to confront them. It is a scandal because one would expect them to. It would be a scandal to go on believing these claims and not investigate them."

Max has worked for many years on a monograph studying the relationship of film and philosophy. His research recently included working with a student, funded by the UROP scheme.

"Together, we considered the philosophical issues that were raised in a particular film by Jean-Luc Godard called Contempt (French: Le Mpris). We were studying the way in which the director had used a combination of long and short takes and close up and distant shots. We looked at;issues such as how we think about space and time and how the different combinations of filming techniques were used to represent the story of the film."

Max uses a combination of lectures and seminars to stimulate group discussions and learn from his students. Teaching in this way enables him to gain a new perspective on his research and explore new areas.

“Working with my students has opened my eyes to many new, fascinating areas of research that I would otherwise have completely overlooked.”