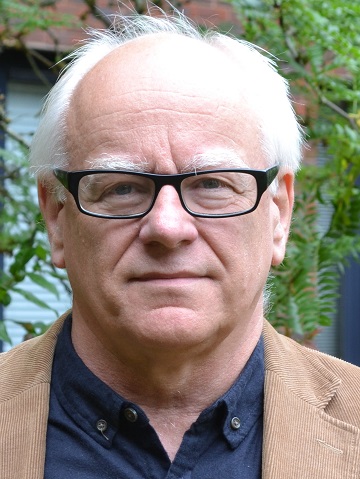 There are three main strands to my research, first the investigation of the long-term consequences of childhood adversities for mental health and social functioning, second the development of novel conceptualizations of processes in development and psychopathology leading to new measures and treatment, and third attempting to understand more generally the nature of causal processes in the mind.

Studies of the consequences of childhood experiences have included investigations of adult outcomes following child maltreatment and childhood cancer together with Bridget Young and Peter Salmon in Liverpool and Tim Eden in Edinburgh, and outcomes in childhood of children with cleft lip and palate together with Lynne Murray here in Reading. Since 2007, together with Helen Sharp in Liverpool and Andrew Pickles at King's College London, I have led the longitudinal study of a cohort of first time mothers whom we recruited during pregnancy to investigate foetal and infancy origins of child and ultimately adult psychopathology.

The emphasis up to now has been on developmental pathways underpinning heterogeneity in childhood conduct disorders, and in time we will also examine pathways to affective disorders and personality dysfunction in adolescence. This study, the Wirral Child Health and Development Study (WCHADS), has been funded by three MRC grants for a total of over £5 million, the most recent of which will take the cohort, now aged 5 years, to age 9 years in 2018. Our published findings are consistent with there being medium to long term effects of prenatal and early lifetime experiences, including, somewhat to our surprise, an effect of stroking by mothers of their infants, and profound differences between boys and girls. Importantly, in the context of our rather poor understanding of how to characterize emotional and behavioural disorders in children we find different origins for callous-unemotional, oppositional and emotionally reactive behavior problems.

My work on novel conceptualization and measurement started with the development with Michael Rutter of the Adult Personality Functioning Assessment (APFA), and was taken further with the concept and measure of domain disorganization in the revised APFA developed with Paul Pilkonis in Pittsburgh. The RAPFA is currently being used in a follow up of institutionalised Romanian children adopted to the UK. The domains framework for development and personality, which we outlined in a chapter in the Handbook of Interpersonal Psychology (Hill, Pilkonis and Bear 2010) makes predictions for neural processing of social cues that fall within or that transgress domains boundaries. I am now investigating these processes using functional imaging with Rebecca Elliott in Manchester and Roland Zahn at King's College London, and we are planning further studies of the neuroscience of social domains here in Reading. My conceptualization of domains functioning in families was described in Hill et al (2003, 2014). We can measure these processes reliably from recordings of family therapy sessions and from standard parent-child assessments. Working with colleagues in North Wales we have written a manual for a family domains based intervention to be used together with Dialectical Behaviour Therapy, and this is being piloted in North Wales.

My proposal regarding causal processes in the mind can be found in 'Mind, Meaning and Mental Disorder' (OUP, 1996/2004) written with Derek Bolton. The central assertion is that intentionality ('aboutness') is the hallmark not only of mental, but of all biological processes, and identifying the commonalities across the biosphere illuminates our understanding of human mental and social processes, and hence psychopathology.