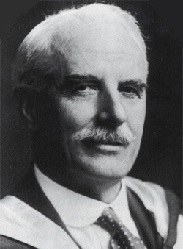 John Percival (1863-1949) was Professor of Agricultural Botany at The University of Reading from 1907 to 1932 and a driving force behind the creation of agricultural botany as a scientific discipline.

His monumental treatment of wheat, The Wheat Plant. A Monograph (1921), still serves as a standard reference, having been reprinted as recently as 1974. Percival was the consummate agricultural scientist botanist, taxonomist, geneticist, germplasm collector, curator, breeder, agronomist, historian and teacher.

The University of Reading Herbarium houses his own personal collections, but he also distributed sets of exsiccatae widely. His collections of wheat are still in their original boxes, but unfortunately show damage by pests in the 1950's and 1960's.

Percival also made extensive collections of plants from his native Yorkshire. He published on the flora of Wensleydale and this reference is included below.