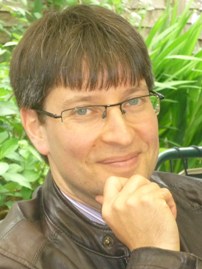 Professor David Brauner's main research interests are in the fields of contemporary American fiction and twentieth-century Jewish literature. He has also published work on graphic novels, Holocaust fiction, and on the representation of ethnicity, gender and sexuality in the modern novel.

"Comics were my first love; as a child I taught myself to read by looking over my older brother's shoulder as he sat transfixed by the latest issue of the Avengers or Fantastic Four. Many years later, I included Maus on a 'Holocaust Fiction' module that I offered at Reading. In the last few years, I have developed a much broader interest in the graphic novel form, publishing a number of essays on confessional works by Jewish-American women writers and on the representation of 9/11 in the comics medium."

David's research has fed into a final-year module, 'The American graphic novel', which looks at texts such as Watchmen, Fun Home and Ghost World. The module begins by getting the students to look at how traditional ideas of (super) heroism and the conventions of the comic-book were reinvented in the context of the Cold War and widespread anxiety about a nuclear apocalypse. It ends by looking at how the Holocaust has been represented in graphic-novel form. Is it possible to depict such a traumatic event in comics without trivialising it? In between, we look at a number of texts that blur the lines between fiction and autobiography, focusing on the ways in which they depict childhood and adolescence.

Dr Ian Sansom (Trinity College, Dublin), an external examiner for the English degree at Reading, said that the reading list for this module was 'the best I have ever seen for any course at any university'.

"The best thing about teaching this module is that I get to share my expertise and enthusiasm with the students and their ideas and insights have in turn inspired me to conduct further research in the field."

Read more about David in his staff profile

Find out about our postgraduate courses