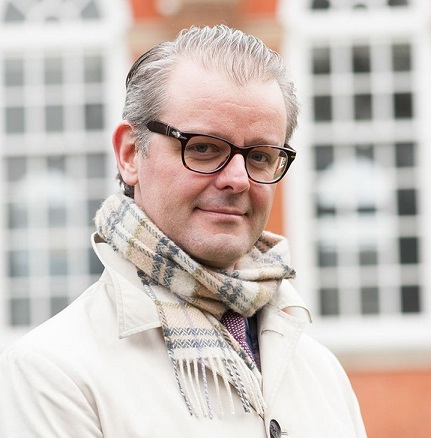 I am on research leave during the academic year 2021-2022. I was Director of Teaching and Learning for the Department of English Literature between 2019-2021. From September 2021 this role passes to Dr Mary Morrissey.

My teaching and research focus on English writing in the seventeenth and eighteenth centuries. Satire, political thought and the history of the printed book (together with material culture studies more broadly) are the big themes in my work. I also write on a range of rural topics, including georgic poetry, traditional song and non-urban environments. My work in this area has involved many collaborations with the Museum of English Rural Life, most recently on the ACE-funded 'Museum of the Intangible' project, for which I was academic lead.

My current monograph, The Enlightenment Mock-Arts, describes how writers in an age of open inquiry dealt with knowledge that cannot be disseminated freely in print (the conventional technology of enlightenment) because it is tacit and unspecifiable, reproducible only by example or personal habituation. My first book, Edmund Burke and the Art of Rhetoric (Cambridge University Press, 2011), traces the origins of Burke's thinking about political deliberation in seventeenth-century theories of moral psychology, and in the 'commonwealthsman' political culture of eighteenth-century Ireland.

I have an on-going interest in scholarly editing. With Timothy Michael I am co-editor of volume 15 (Later Prose) of The Oxford Edition of the Works of Alexander Pope. Since 2004 I have worked on the Cambridge Edition of the Works of Jonathan Swift , first as an AHRC research fellow at St. Catherine's College, Oxford, and currently as associate editor. This collaboration has yielded a volume of essays, Jonathan Swift and the Eighteenth-Century Book (Cambridge University Press, 2013), co-edited with James McLaverty, and the digital archive at the Jonathan Swift Archive I am a member of the review college for the Arts and Humanities Research Council. I am a Fellow of the HEA, and a Fellow of the Royal Society for the Encouragement of Arts, Manufactures and Commerce (RSA)

I have supervised successful PhDs on twentieth-century women’s publishing, the early-modern book trade, enlightenment-period libraries and on the eighteenth-century novel. I am interested in supervising doctoral research on all aspects of eighteenth-century and Romantic writing, on book history, on satire and on rural studies.