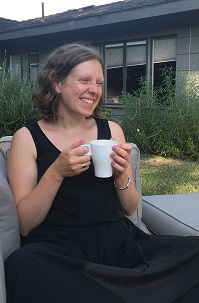 My research focuses on literature in the modern period. I have broad interests in literary history, publishing, and print culture and my work is underscored by questions of feminism and class.

My first book, Home in British Working-Class Fiction (Ashgate, 2015), argued for the importance of home and domestic space in framing understandings of social class. It was reviewed in the TLS as an 'ambitious and welcome addition' to the study of working-class writing (March, 2016).

My second book, Books by Mail: The Story of the Book Society, 1929-69 explores the lives and literary tastes of Britain's first set of book club judges: Hugh Walpole, J. B. Priestley, Sylvia Lynd, Cecil Day-Lewis and Edmund Blunden. This has been funded by a British Academy Postdoctoral Fellowship. See here for more on the project.

I am currently working on three research projects. (i) Publishing Class uses the publishers' archives at UoR to explore the long history of publishing working-class writing and the structural challenges that writers from a working-class background have often faced. I wrote about this for The Bookseller.

(ii) The Modernist Archives Publishing Project (MAPP) is a critical digital archive that aims to reanimate the networks of C20 publishing. I am working with colleagues in UoR Special Collections and international partners to make parts of the Hogarth Press archive more widely available. and developing new research on 'Women in Publishing' as part of this project.

Since 2011 I have worked to bring the writings of Lancashire mill woman Ethel Carnie Holdsworth back into circulation, as featured in The Big Issue in the North (June 2016)

Prior to working at Reading I studied at the Universities of Warwick, Oxford and Durham.

I am currently supervising PhD projects on the Mills & Boon and Allen & Unwin archives, publishing in 1922, and libraries and literary censorship in Victorian Britain. I would be delighted to hear from prospective PhD students in any of my areas of research.

I am co-director of the interdisciplinary Centre for Book Cultures and Publishing and have specialist interests in using The Archive of British Publishing and Printing in my teaching and research. I have written on publishers' and digital archives, circulating libraries, colonial editions, literary censorship, reading patterns, and Leonard and Virginia Woolf's Hogarth Press.

In 2017, I organised the 27th Annual International Conference on Virginia Woolf at the University of Reading to coincide with the centenary of the Hogarth Press. Hear me talking to Mariella Frostrup on BBC Radio 4 about the centenary.

I am theme lead for the Department of English Literature's 'Archives & Materialities' research strand.

My current book explores the literary and cultural impact of the Book Society Ltd (1926-60). This was the first mail-order book club to operate in Britain and its influential Selection Committee (which included writers Hugh Walpole, J. B. Priestley, Clemence Dane and Edmund Blunden) played an important role in shaping mid-C20 tastes and reading patterns. Many well-known texts including Daphne du Maurier's Rebecca (1938), Evelyn Waugh's Brideshead Revisited (1945) and Harper Lee's To Kill a Mockingbird (1960) were Book Society Choices. Whereas the impact of the American Book-of-the-Month Club is well-known, the British Book Society is under-researched and rarely features in histories of reading or literary and cultural analysis of the C20. My research uses archival records to demonstrate how this powerful distributor transformed literary culture, the literary marketplace and multi-national reading communities.

Currently under construction, the Modernist Archives Publishing Project (MAPP) aims to be a hub for digital scholarship and research on twentieth-century publishing (see

The database aims to capture the processes of textual production, dissemination, and reception - from the author's initial solicitation or submission to the publishing house, through editorial and production processes, to dust jackets and book design, readership and reviews, and catalogued sales figures. Ultimately we hope to expand beyond the Hogarth Press to include other publishers' archives.

I have been awarded two Undergraduate Research Opportunities Project (UROP) Awards to enable student-researchers to work on MAPP. For their blogs on the project please see:

In 2017, we are hosted the Annual International Virginia Woolf conference at the University of Reading to mark the centenary of the founding of The Hogarth Press.

This series is reissuing the work of Ethel Carnie Holdsworth (1886-1962): Lancashire mill-woman, journalist, poet, writer for children, author of serial fiction, novelist and political activist. I republished her classic industrial novel, This Slavery (1925) with Trent Editions in 2011. In 1913 Kennedy & Boyd reissued Carnie Holdsworth's first novel published in book form, Miss Nobody (1913), believed to be one of the first novels published by a British woman of working-class background. Our next title is Helen of Four Gates (1917), with a critical introduction by Pamela Fox. This was Carnie Holdsworth's bestseller, and made into a silent film in 1922 by Cecil Hepworth. The next reissue is General Belinda (1924), with an introduction by Roger Smalley. This is an episodic tale of domestic service, with powerful scenes of life as a Prisoner of War during WW1.

I have given talks on Ethel Carnie Holdsworth at The Working Class Movement Library in Salford, Blackburn and Great Harwood public libraries, and on BBC Radio Manchester and BBC Radio Lancashire.

The history of the working classes has often been written from the 'outside', with observers 'looking in' to the world of the inhabitants. My book engages with the long cultural history of this gaze and asks how 'home' is represented in the writing of authors who come from a working-class background. It explores the depiction of home as a key emotional and material site in working-class writing from the Edwardian period through to the early 1990s, with close readings of many works including The Ragged Trousered Philanthropists (1914), Love on the Dole (1933), Saturday Night and Sunday Morning (1958), Second-Class Citizen (1974) and Oranges Are Not the Only Fruit (1985).

I recently contributed to a centenary film on Robert Tressell, 'Still Ragged: 100 Years of The Ragged Trousered Philanthropists' produced by independent film-makers Shut Out the Light (2014).

The Impact of Distribution and Reading Patterns on the History of the Novel in Britain, 1880-1940 (AHRC research project with Dr Andrew Nash and Professor Patrick Parrinder)

This project examined the relationship between book history and literary history by investigating whether and to what extent the novel as a literary and cultural form has been affected by changing patterns in the distribution and readership of texts.

The project drew heavily on the nationally designated Archive of British Publishers and Printers in UoR Special Collections. I looked at correspondence between publishers and authors and financial records in publishers' archives to examine the impact of important distributors and groups of readers (like private, circulating libraries such as W.H. Smiths and Boots Book-lovers' Library) on the writing and revision of literary texts.

My essay on 'Boots Book-Lovers' library, the Novel and James Hanley's The Furys (1935)' won the 2013 Justin Winsor essay award from the American Library History Round Table.

Read more about the project, including a list of outputs.

Recent invitations to present my work

I am the Lead editor on Cambridge Elements 'Publishing and Book Culture' series strand on 'Women, Publishing, and Book Culture', and on the editorial board of Key Words: A Journal of Cultural Materialism, the Raymond Williams Society journal.

I have peer reviewed book proposals and manuscripts for Bloomsbury, Routledge, and Palgrave Macmillan, and for the journals ELH, Literature and History, Contemporary Womens Writing, Book History, PMLA, Papers of the Bibliographical Society of America, and Enterprise and Society.