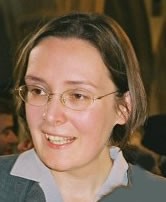 I am on the Admissions Team in the department, and am happy to discuss your application to study English Literature at Reading: email English-literature@reading.ac.uk.

I have supervised PhD thesis on early modern women's writing and on Catholic Recusant literature. I welcome postgraduates interested in undertaking research on John Donne, on the impact of the Reformation on English Literature, or on London civic culture in the early modern period.

Within the department I teach primarily in Early Modern and Old English.

I also teach on:

I have been working in collaboration on a three-year project on 'Paul Cross and the Culture of Persuasion: Tudor Origins of the Early Modern Public Sphere', PI Professor Torrance Kirby, Faculty of Religious Studies, McGill University, Montreal. This project was funded by the Social Sciences and Humanities Research Council of Canada.

I have organised a series of one-day colloquia, called 'Seminars in Early Modern Preaching', with Dr. Hugh Adlington, University of Birmingham. To date, three successful events have been held, on 'Uses of Secular Language' (2007); 'Regional and Parochial Preaching' (2009); and 'King David' (2010).

I am also a member of the Advisory Board, 'Virtual Paul's Cross' Project, funded by the NEH, PI: Professor John Wall, NC State University.