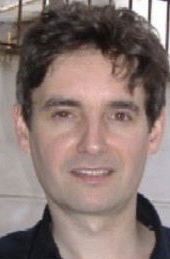 Programme Director for the Department of English Literature

I would welcome expressions of interest from prospective PhD students in any of these areas, as well as further afield in drama and theatre more generally and in any aspect of Anglo-Turkish or Anglo-Spanish literary and theatrical relations.

I am Programme Director for the Department of English Literature, and in addition to giving lectures and seminars at Part 1 and Part 2 on a range of modules (including Reading's Spanish programme) I have devised and convene the following modules:

I also contribute to the MA module 'Identity and Otherness on the Early Modern Stage' and to the Salamanca-Valladolid MA Languages and Cultures in Contact.

In my teaching and research I am interested in exploring 'puzzles' or practical questions, how a given sequence or moment might have been staged, according to current knowledge of playhouse architecture, theatre practice, and surviving textual evidence, and this informs EN2EMT Early Modern Theatre Practice. Similarly, project-based learning is at the heart of the third-year specialist module EN3ER Editing the Renaissance, where students learn about early modern textual production and modern editing in theory and practice, and select a short text or texts from the period (using EEBO - Early English Books Online) to produce a scholarly edition with a critical and textual apparatus.

The focus of my teaching and research activities is the early modern period, especially drama, though I retain an interest in other areas I have worked in - American literature, modern drama, the short story. Currently I work principally on theatre history and performance - broadly understood to include, for example, diplomatic ceremonial, which is reflected in my ongoing research into the theatricality of diplomatic etiquette and ceremonial. My earlier work on the interval in early modern performance has recently been further developed to consider act/scene division in English drama, 1530-1660. Two areas of longstanding interest are the stage's representation of the Ottoman Empire and the theatre of Thomas Middleton; a monograph on the significance of the Turk motif for the repertory system is currently in press and I am editing a collection of essays on The Changeling for Bloomsbury's Early Modern Arden Drama Guides series. Running in tandem with this is a longer-term international project (funded by the Spanish government) on Anglo-Spanish relations from the reign of Henry VIII to the fall of Charles I; see www.estudiosingleses.com/networksexchange/

I convene and teach on the following modules:

Editing the Renaissance is a team-taught final-year course I devised several years ago, and is designed to introduce students to the complexity of early modern texts and the challenges facing editors today. Thus it tends to appeal to students fascinated by this period and/or interested in pursuing a career in publishing. Students select a short text or texts available on the online digital resource Early English Books Online (EEBO), for example ballads, broadsides, pamphlets, poetry, letters, and prepare a modern edition which conforms to editorial conventions and includes a full textual and critical apparatus.

I also contribute seminars or lectures to the following modules:

I contribute to the department's MA provision and PhD supervision in the early modern period, particularly in the areas of drama and the representation of peoples and places beyond England's shores. I also teach on the MA in Advanced English Studies: Languages and Culture in Contact (convened by Valladolid and Salamanca universities) in Spain.

'Titus Andronicus and Trapdoors at the Rose and Newington Butts', Shakespeare Survey (forthcoming)