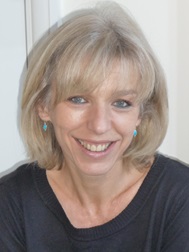 I am an Academic Partner on the EMA Programme (2017-19) and am assisting in the roll-out of eSFG at UoR. I have co-organised two EMA conferences, one internal (May 2018) and one external (September 2018). My work with EMA intersects with my activity on the 'Diversifying Assessment' project I coordinated in SLL. This project generated my use of learning journals on my Part 3 modules, and this itself produced an edited collection of journal entries on my Part 3 'Margaret Atwood' module. The book, Second Sight: The Margaret Atwood Learning Journals, was funded by our Teaching and Learning Deans and was published in June 2018.

In the last session, I collaborated with Dr Jacqui Turner (Department of History) and a Part 2 student to produce an event titled, 'Celebrating Forgotten Women'. The evening of talks also involved a party and a celebration organised with Special Collections to celebrate the centenary of the extension of the franchise in the UK to include (some) women. The event as supported by funding from the V-C's Endowment Fund and by the Diversity and Inclusion Fiund. The event was a great success and it showcased creative staff-student collaboration at UoR. Dr Jacqui Turner, Guy Baxter and I subsequently won a UoR award for outstanding collaboration in T&L.

I convene the Part 2 'Critical Issues' module and I have engaged with innovative pedagogic practise in its redevelopment. I also convene Part 3 modules on Margaret Atwood and Virginia Woolf and both modules meet with enthusiastic student response.

I have examined PhD theses on a variety of topics including the following:

I have supervised dissertations to completion at Masters and PhD level in the fields of Canadian writing and Virginia Woolf (for example, 'Culture with Honour: The Arts in Britain from Munich to the Blitz - Virginia Woolf, T.S. Eliot, Michael Tippett', Platt, 2008). In October 2017 I will have three PhD students in supervision with me. I have also enjoyed working with Visiting Scholars, most recently Varalda (University of Rome), working on biofictions of Woolf.

I welcome future graduate researchers in the field of women's writing, particularly Virginia Woolf and Margaret Atwood. I am currently developing pedagogic publications whilst continuing to publish articles on Margaret Atwood and also Postmodernist Biofictions (see above, 'Areas of Interest and Research').

I am Department Director of Academic Tutoring for English Literature and I am involved in a wide range of activities and initiatives. As Senior Fellow of the HEA I sit on the FLAIR 'College of Assessors', and I am currently co-leading the TLDF-funded 'Diversifying Assessments' project in the Department of English Literature. I lead an annual student-facing International Women's Day event, initiated the 'Gender, Sexuality and Identities' Forum, and sit on the SSLC, the SBTL and the Senior Tutor Community of Practise.

I initiated and continue to lead the 'Resilience Master Class' series in my School: this collaborative Programme involves three Master Classes developed to enhance students' wellbeing, personal and academic effectiveness, and employability. The Programme has been Showcased University-wide (May 2017). I also contribute to the 'Professional Track' programme in my School, leading an 'Assertiveness in Writing' class, and I will be assisting RUSU in training new course reps from October 2017.

My research-led teaching focuses on Women's Writing and Feminist Theory, particularly the work of Virginia Woolf and Margaret Atwood. I have published widely on Margaret Atwood in particular and I have also published work on Contemporary British Drama and Television Drama. My early publication career focused on drama (my monograph discusses the theatre of Peter Shaffer), when I was also post-doctoral research fellow on 'The BBC Wednesday Play' project (HEFCE funded). My more recent work focuses on feminisms and I am currently preparing a UoR MOOC, 'Reading Virginia Woolf'.

I co-convened the 'Postmodernist Biofictions' Conference in March 2017 where we welcomed a range of academic colleagues, students, and writers including Maggie Gee, Susan Sellers and David Lodge. This conference was supported by the UoR Endowment Fund and we were very pleased to welcome our Vice-Chancellor, Sir David Bell, at the event.

My current research projects include work on 'signature' in the novels of Margaret Atwood, and an analysis of herstorical biofiction which asks whether what is historically 'known' can only be understood in terms of the biofictional interrogation of the 'fact'/'fiction' interface. I continue to publish PedR Case Studies and I am currently co-authoring a full-length article with EMA.

My main research interests lie in the fields of Women's Writing and 'Classic' feminist theory and I have a particularly developed interest in the work of Margaret Atwood, Virginia Woolf, Helene Cixous and Adrienne Rich. Beyond women's writing, my secondary areas of expertise include modern drama, and cultural and critical theory. I have published extensively in all these areas (see 'Publications' below), recently concentrating all research energies into postmodernist readings of Margaret Atwood (see 'Research projects' below) and postmodernist biofictions.

I also have an interest in film theory and formative television drama developed from my PhD thesis that negotiated reformulations of adaptation theory. Subsequent to this work, and following a period lecturing at LSU Southampton, I was the British Academy and HEFCE Postdoctoral Fellow leading research at the BBC Archives into 'The Wednesday Play' series of one-off dramas. This led to research in the area of media theory, particularly with regard to questions of framing and spectatorship. Recently this has been developed to connect with research into television journalism and 'political' broadcasting. The British Academy collaborative research project involved organising a high-profile conference on Television Drama that gathered together leading media theorists and industry practitioners. This led to a series of research projects involving Tony Garnett (subsequently awarded an honorary doctorate by the University of Reading), Ken Loach, Troy Kennedy Martin, Kenith Trodd, Faye Weldon, John McGrath, and several others. This body of work generated numerous research articles, and an edited collection of essays currently entering republication, so influential has it proved to be. Meanwhile, my research into contemporary drama led to the formation of close working relationships with Simon Gray, Trevor Griffiths and Peter Shaffer among others.

have worked on collaborative research projects (see above) and am now involved in 'The Monroe Group' (an Inter-Disciplinary Research Network based at the University of Reading') and in the HCI 'LGBTQ+ Action Lab'.

I co-organised the 'Postmodernist Biofictions' conference at the UofR in March 2017 and I was on the organising committee of the International Virginia Woolf conference (June/July 2017).

As well as publishing research-led work, I contribute articles about pedagogic innovation to a range of UofR blogs (including Diversity and Inclusion, T&L Exchange, SLL blog, and T&L blog) and I have written articles for 'Spark' (the student newspaper) when invited to do so. I have also contributed to films for the University (see IWD), my department, and for RUSU, and I contribute to radio interviews when requested. I participate in Outreach activities such as the Wokingham Schools 'Federation Day' (February 2017).

Below is a selection of the blogs and newspaper articles, I have published on UofR T&L sites and in 'Spark' between 2016-17: