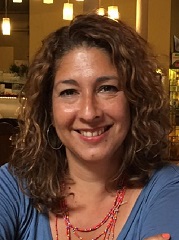 Fraibet's main research interests are language development, second language acquisition, and bilingualism, especially the acquisition of grammar and semantics and its relation with non-linguistic cognition in children and adults. Fraibet is particularly interested in researching the effect of language on cognition, through the study of motion event construal in monolingual and bilingual speakers of languages such as English, Spanish, and Mandarin.

She is additionally interested in the effect of bilingualism on syntactic structures and the cross-linguistic influence of languages in the bilingual speaker. Finally, Fraibet also studies the structure of meaning, and how it is made visible through language within the constraints of mind/brain functioning.

Particularly, she is focusing on the study of the acquisition of the semantic distinction between the copula ser/estar in Spanish (verb "to be") which is currently in variation in the Spanish world.