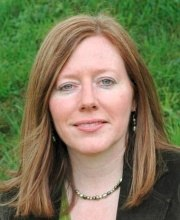 Roberta's research addresses medieval social archaeology, with particular focus on gender and belief. She has published widely on the archaeology of medieval burial and religious communities (nunneries, monasteries, hospitals, cathedrals), and is particularly intrigued by the relationship between Christianity and medieval magic. Her research has been funded by the Arts and Humanities Research Council (AHRC), British Academy and Leverhulme.

Roberta held a Leverhulme Major Research Fellowship to consider archaeological approaches to ageing and the life course in medieval England. The resulting book was published by Boydell: Medieval Life: Archaeology and the Life Course.

Roberta published a major monograph on Glastonbury Abbey with Dr Cheryl Green and numerous specialist contributors, in partnership with the Trustees of Glastonbury Abbey, funded by the Arts and Humanities Research Council (2009-13). The team fully analysed the archive of antiquarian excavations that took place between 1904 and 1979 (36 seasons).

The results of the project have been published by the Society of Antiquaries in a 500-page, colour monograph Glastonbury Abbey: archaeological investigations 1904-79 and the dataset has been made publicly accessible through the Archaeology Data Service. The book is also available through Open Access.

A film featuring this research, funded by the AHRC, examines the new evidence unearthed by the project and how researchers have worked with the Abbey Museum, conservators and the public to explore the history of this rich and extraordinary site.

The results of the project were shared with new audiences through a follow-on project funded by the AHRC (1 Oct 2015 to 30 Sept 2016). Roberta worked with colleagues at the University of York's Centre for the Study of Christianity and Culture to develop digital reconstructions of Glastonbury Abbey based on archaeological and historical evidence. She also worked with the Director and Trustees of Glastonbury Abbey to implement a new interpretation strategy that connects the archaeology more directly to the spiritual and legendary significance of the Abbey.

Throughout her career, Roberta has been engaged outside academia in archaeological conservation and the presentation of archaeology to the public. She was Archaeologist to Norwich Cathedral from 1993 to 2005 and worked closely with Museum of London Archaeology for 20 years, as academic advisor on post-excavation projects on several monasteries. She has been a Trustee of Glastonbury Abbey since 2009 and works collaboratively with the Abbey staff and trustees on public interpretation.

Roberta was elected a Fellow of the British Academy in 2008 and a Fellow of the Society of Antiquaries in 2002. She is on the board of trustees for the journal 'Antiquity' and the editorial boards of 'Social Archaeology' and 'Current Swedish Archaeology'. She was a member of the Archaeology sub-panel for RAE 2008 and REF 2014, and is a deputy sub-panel chair for REF 2021. She previously served as President of the Society for Medieval Archaeology (2004-7) and is currently Chair of the British Academy Projects Committee.

She has delivered prestigious lecture series including

The Rhind Lectures on the topic of Sacred Heritage can also be viewed on YouTube:

Roberta presented two series of archaeology programmes on Channel Four ('Down to Earth'), and has appeared on television and radio programmes, including with Eddie Izzard in 'Speed Archaeology'. (No archaeology was harmed in the making of this programme!)