The purpose of this website is to display the main results of the ESRC Professorial fellowship I was awarded in 2013 on a research project entitled Fiscal Origins of the French Revolution: financial crises, public opinion and institutional change in early Modern Europe, 1688-1789. 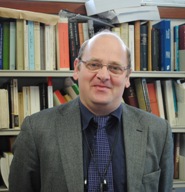 Publications from the author

In 2015, Britain celebrated the 200th anniversary of its decisive victory over Revolutionary and Napoleonic France. When historians consider the costs incurred to wage 22 years of warfare they find little to celebrate and much to deplore about the burdens these wars placed upon society. My lecture will argue that this post hoc, liberal and negative appraisal of these final wars against the "old enemy" is entirely misplaced. Economic progress was if anything strengthened and consolidated by the engagement in warfare. Britain's transition to become the world's first industrial nation was promoted by the French Revolution.

Find out about the Stenton Lecture

As part of the broader project, we aimed at exploring and historicising the concept of fiscal transparency, which is hailed as a key to good governance and economic efficiency. The purpose was to examine the ways in which the principles of public accountability - and their effective implementation - can be traced back to the development of the public sphere in the 18th century.

Special issue of Histoire and Mesure

The articles published in this special issue proceed from a workshop that took place at the University of Reading in April 2014, funded by the Economic and Social Research Centre (ESRC, UK), with the support of the Centre de Recherches Historiques at the Ecole des Hautes Etudes en Sciences Sociales (CRH-EHESS). A total of nine experts on six Old Regime European polities (France, Spain, the United Kingdom, the Dutch Provinces, the Kingdom of Naples and Sweden) debated on the theme 'The Excesses of the State: administrative control or political transparency in seventeenth-nineteenth century Europe?' The result is a fascinating voyage through time and space that explores the issues of control and communication in various early modern European polities.

Since the global financial crisis of 2008, a series of scandals have shaken public confidence in the world of banking and corporate finance, and raised doubts about its accountability and its morality, as well as its ability to provide an efficient and sustainable environment for the peaceful development of nations and citizens in the globalised economy. In seeking to understand the present, commentators have looked back to previous great crises, such as the infamous Tulipmania in Amsterdam (1637), the succession of European Bubbles (1720) or the Wall Street Crash (1929). While these crises and the memory of them had a considerable impact on state policies and public attitudes towards finance and financiers in the short and medium term, they can also be seen as the culmination of longer-term changes that challenged the traditional order of things and called for a renegotiation of the relationship between the state, the economy and the public.