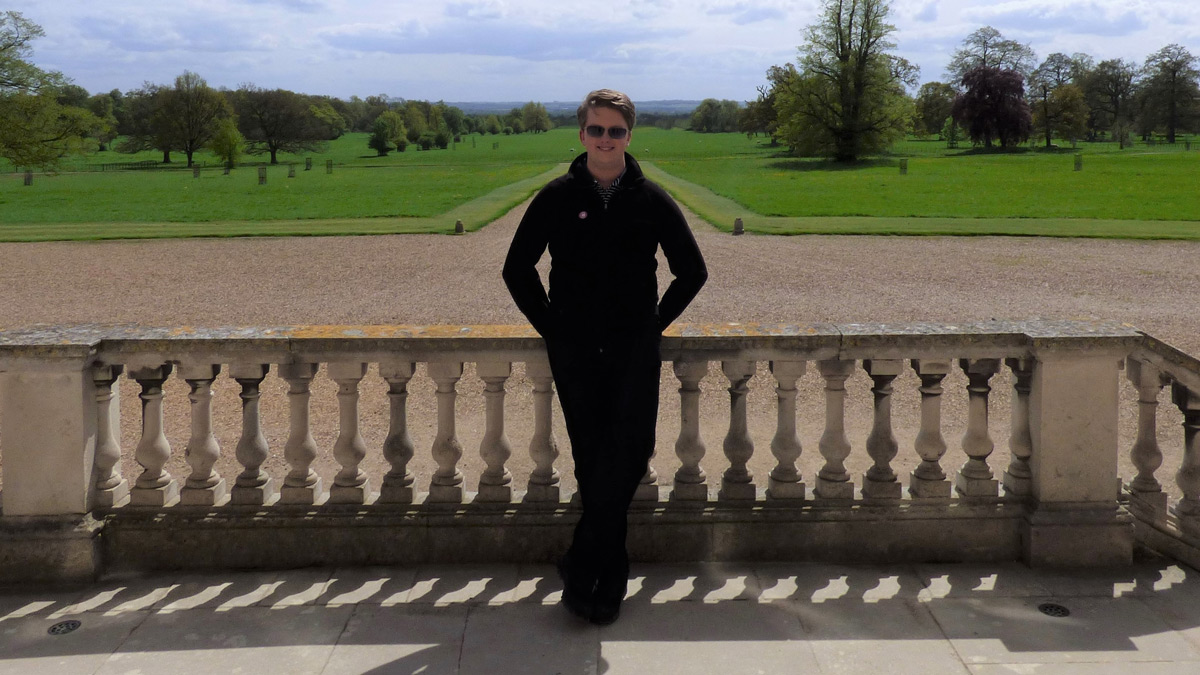 Matthew graduated from the University of Reading in 2018 with first-class honours in BA Museum Studies and Archaeology. He now works as a Collections Move Officer at the Victoria and Albert Museum (V&A) as part of the dedicated Decant Project Team responsible for moving thousands of objects, library books and archives from Blythe House to the new V&A East Storehouse in Stratford.

Enhancing employability with a placement

Students can gain professional experience in industry by applying for a placement externally or within our three on-site museums, in turn developing a network of contacts, and strengthening their employability prospects.

“I spent two weeks with the Collections Team at the Roman Baths Museum. I also spent eight weeks in the summer after Year 2 as a Curatorial Intern at the River & Rowing Museum in Henley-on-Thames, under the Reading Internship Scheme (RIS).

“Make the most of the opportunities offered by your degree programme and across the University, not just in Year 3 but throughout your course. The Undergraduate Research Opportunities Programme (UROP) and RIS are both great initiatives which can give you valuable experience, and there are also lots of opportunities for paid and voluntary work on campus. I volunteered at the Museum of English Rural Life (MERL) and the Ure Museum which later led to some paid work.”

Matthew also explains how getting a part-time job in a museum whilst studying can also put you in good stead for your future career.

“I had worked at the V&A since 2012, initially full-time but latterly reduced hours. After starting university in 2015, I worked one Saturday a month so I could apply for any internal vacancies that came up when I graduated.”

When the UK Government announced the sale of Blythe House, where the V&A, British Museum and Science Museum all have collections in storage, Matthew anticipated that there would be new job opportunities on the upcoming decant project. In spring 2018, his hopes turned into a reality.

“As I was finishing my dissertation, the V&A advertised jobs for their Blythe House decant project. I couldn't believe my luck, the timing was perfect.

“For the first few years my role was focused on auditing, barcoding, photographing, condition checking and rehousing objects whilst improving their documentation. Now that we're actually starting to move out of the building, I spend more time supervising the external contractors who are packing and moving objects, ensuring that everything gets to its correct destination.”

A project to treasure

One of Matthew's highlights from the decant project was discovering a treasure trove of priceless collections.

“One of my favourite projects was auditing the Beatrix Potter store at Blythe House. The V&A has the world's largest collection of original Beatrix Potter manuscripts, artwork, photographs and memorabilia and it was such a privilege to get right up close and handle them. I’ve also spent a lot of time working with the Textiles & Fashion collection, which is an absolute treasure trove. I remember once opening a drawer and finding Princess Diana’s ‘Elvis dress’ inside - I didn’t even know it was in the collection!”