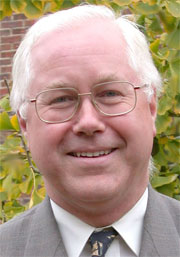 Mike currently has one postgraduate student project that he supervises:

This project has two principal aims: one, to gain a better understanding of the structure and development of the baths, which were originally excavated by the Society of Antiquaries in 1903-4; two, to investigate the deposits which accumulated outside the building in order to understand better its environment and the changing behaviour of its users through the Roman period.

The overarching aim of this project is to characterise the changing lifeways and built environment of the inhabitants of Insula IX and its late Iron Age predecessor between the origins of the settlement through the Roman period to abandonment between the 5th and the 7th century AD.

Fieldwork was completed after 18 seasons in 2014 and four monographs have now been published: covering the late Roman, Life and Labour in Late Roman Silchester (2006), the mid-Roman, City in Transition (2011) and the late Iron Age Late Iron Age Calleva (2018), as well as Silchester Insula IX. The Claudio-Neronian Occupation of the Iron Age Oppidum (2020). The fifth and final Insula IX monograph will report the late 1st and early 2nd century occupation and complete the publication programme.

This project, funded by the Calleva Foundation, is exploring the late prehistoric landscape and settlement context of Iron Age Calleva. A variety of survey methodologies has been deployed across a 143km2 landscape leading to focused fieldwork across a core 50km2 territory centred on Calleva. Alongside the coring and excavation of linear earthworks, seven late prehistoric enclosures have been excavated. Post-excavation has included a major programme of radiocarbon dating, pollen and wood charcoal analyses.

The Rural Settlement of Roman Britain

The Leverhulme Trust recently funded two major projects (2012-18) in collaboration with Professor Julian Richards and the Archaeology Data Service, University of York, and Neil Holbrook, Chief Executive, Cotswold Archaeology. These have been published as New Visions of the Countryside of Roman Britain (Vols 1-3) (2016-18) and online: The Rural Settlement of Roman Britain: an online resource.

The British Academy and the AHRC funded research on the Samian Pottery Industries of Roman Gaul in collaboration with the University of Leeds and the Römisch-Germanisches Zentralmuseum, Mainz, Germany (2006-12). This has led to the publication of Names in 9 vols, now available online at Samian research.

Professor Michael Fulford was promoted to Professor of Archaeology at the University of Reading in 1988, following previous appointments as Reader (1985) and Lecturer (1974). He has served as Dean of the former Faculty of Letters and Social Sciences (1994-1997) and Pro-Vice-Chancellor for Teaching and Learning (1998-2004).

His principal research interests are in Roman archaeology, particularly in the fields of rural settlement, urbanism, economy, material culture, technology and trade.

Professor Fulford was elected Fellow of the British Academy in 1994, recently serving as its Treasurer and Vice-President (2010-15). He has served as Commissioner, Historic England (English Heritage) and Chair of its Advisory Committee (HEAC) (2014-19), continuing as a member. He is a Trustee of the Roman Research Trust. He has also served as President of the Society for the Promotion of Roman Studies (2005-8).

Professor Fulford was appointed CBE in the New Years honours, 2011.