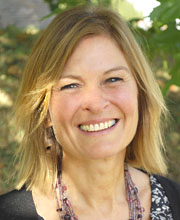 Amanda is a field archaeologist appointed by the University to help train its students in all aspects of field archaeology. She is Site Director for the Department of Archaeology's training excavation at the Roman town of Silchester, and for fieldwork in Pompeii, Italy. When not in the field she is involved in the post-excavation work for these projects.

Amanda has spent many years in the field, on sites all over the world – including Norway, Beirut, Jamaica, Belize and the northern and western isles of Scotland.

She has worked most recently for York Archaeological Trust on many of their large urban sites, as well as directing two seasons of work on the early Christian site of Whithorn in Galloway. She also works as a Teaching Fellow for the Department of Archaeology at Boston University on the student training excavations in Belize, Central America.