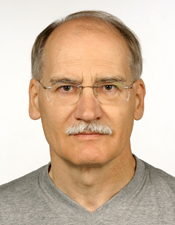 Excavating an early medieval town on the northern Silk Road

After an exploratory visit to Kazakhstan in 2009, Heinrich obtained funding from the Wenner Gren Foundation (USA) for an initial excavation season in 2011 at Dzhankent, just east of the Aral Sea. This proved highly successful in showing the potential of the site for a major project, and it provided new dating evidence which was published in academia.

The first series of radiocarbon dates from Dzhankent, and pottery finds from sections inside the town walls have key implications for the starting date of the town: its origins are not in a 9th century fortified capital of intrusive Turkic nomads (which is suggested by writings of 10th century Arab geographers), but in an open settlement of a local sedentary fishing population in the 7th century. This is changing our ideas on the medieval urbanization of this region, and instead of looking for explanations in nomad state formation started by the arrival of the Turkic tribe of the Oguz from Mongolia, we now have to look for other factors two centuries earlier. And the most important event affecting this region on the river Syr-darya in the 7th century was the establishment of the northern Silk Road along the river, around the northern shores of Aral Sea and Caspian Sea, and continuing from there southwest to Byzantium, or northwest along to Volga linking into Viking trade routes in Eastern Europe.

Now Heinrich has obtained funding from the Deutsche Forschungs-Gemeinschaft (DFG) for a major three-year project to explore the relationship between this deserted town on the steppes close to the Aral Sea, and the wider world of trade in the 7th to 11th centuries. The main collaborative partner will again be the regionally important Korkyt-Ata State University of Kyzylorda. There is a whole series to key questions to be tackled: How long did that fishing village exist on this spot before it was turned into a trading site? Does the archaeological evidence suggest the presence of traders from the southern Silk Road civilization of Khorezm (Chorasmia)? There are substantial quantities of Khorezmian pottery in the occupation layers, and even the lay-out of the later fortified town appears to copy a Khorezmian type of urban lay-out. When did the Oguz nomads arrive to make this trading town their capital? Did they live in the citadel? Did they contribute livestock trade to the regional exchange patterns? Where are the cemeteries which might prove or disprove the multi-ethnic nature of this town? Where is the river channel which must have run past Dzhankent before the delta dried out, and where is the river port implied by a short note in one 10th century text? Is the hump outside the east gate of the town a caravanserai? And why did the town falter in the 11th century?

These questions require a multidisciplinary approach, and Heinrich envisages close collaboration of the German and Kazakh archaeologists with geophysicists, geomorphologists and soil scientists from Russia, American animal bone specialists based in Germany, a German radiocarbon laboratory, and numismatists and historians from Britain. It is hoped that the answers will have an impact not just on debates within Central Asian archaeology, but well beyond. After all, the 7th to 11th centuries AD were the period when a trading network flourished in northwestern Europe – and Dzhankent, with its connection to the northern route leading to the Volga, may have provided a link from the Silk Road to the East European and Scandinavian trade network of this time.

Dr. Heinrich Härke has taught the archaeology of post-Roman Britain and Europe, with a special interest in Anglo-Saxon England and Central and Eastern Europe. His research interests include migrations and ethnogenesis, early medieval burial ritual in England and on the Continent, urbanization and state formation of Eurasian nomads, and the history of European (in particular German) archaeology. He has excavated Roman and Medieval sites in the Rhineland, and has led a fieldwork project in Russia. Since 2011, he has co-directed an international collaborative project on early medieval sites in Kazakhstan.

Heinrich was a Visiting Research Fellow of the School from 2007-2010 and has been reappointed to that status for the period 2014-2017; he has been teaching at the University of Tübingen (Germany) since 2010.