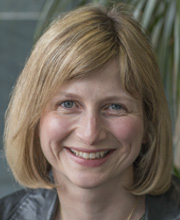 Philippa’s current research focuses on the deposition of Roman objects in rivers. Such finds have usually been assumed to be rubbish deposits or the result of accidental loss, but some may be deliberate ritual offerings. With Hella Eckardt, she has recently (2021) written a book about the huge assemblage of Roman objects from the River Tees at Piercebridge.

She is also the post-doctoral researcher on the UKRI-funded project led by Peter Bray, Roman and Early Medieval Alloys Defined (REMADE). This project aims to use chemical analyses to explore patterns of recycling, mixing, alloying, trade and identity in Roman Britain and beyond.

Philippa has worked as a numismatist and small finds specialist for more than 20 years. Her research focuses on the material culture of Roman Britain, with a particular emphasis on data generated by the Portable Antiquities Scheme. Her most recent project, funded by the Leverhulme Trust, explored the deposition of objects in rivers throughout the Roman Empire and asked what they reveal about the identities of those who deposited them. In addition to working on riverine depositional practices, she has also published extensively on the function and use of coinage in Roman Britain, particularly in the 3rd and 4th centuries AD. In 2014, she was the first woman to be awarded the Blunt Prize for Numismatics by the British Numismatic Society in recognition of this research.

2014: The Blunt Prize for Numismatics awarded by the British Numismatic Society