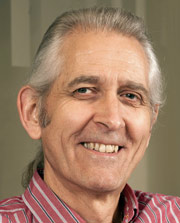 I have now retired from all undergraduate and postgraduate teaching.

I have excavated on Mallorca, Menorca, and in south-east Spain, where I collaborated with the Autonomous University of Barcelona on the excavation on the Bronze Age settlement of Gatas in its regional context, coupled with archaeo-ecological survey of the Aguas valley in the Vera Basin. Two monographs have been published on the Gatas project (a third one is in preparation) and one on the Aguas valley survey. Among my published monographs on the later prehistory of the west Mediterranean are: Emerging Complexity: the later prehistory of S.E. Spain, Iberia and the west Mediterranean (CUP) and Archaeologies of complexity (Routledge). Among other monographs and conference proceedings, I co-edited The Archaeology of Death.

I am on the editorial or advisory boards of the Journal of Anthropological Archaeology, Journal of World Prehistory, Trabajos de Prehistoria and Menga. Revista de Prehistoria de Andalucía and have, until recently, been a member of the Arts and Humanities Research Council Peer Review College.

I received a grant from the Leverhulme Trust to support the six-month visit of Professor Alison Wylie (University of Washington, Seattle) to the Department in 2010. This was the beginning of a collaborative project on Evidential Reasoning in Archaeology, which we pursued through a series of departmental seminars and then a workshop of archaeologists, philosophers of science and science studies scholars. We have published a co-edited book, Material Evidence: Learning from Archaeological Practice (Routledge, 2015). Alongside this book, we have co-authored a volume, Evidential Reasoning in Archaeology for Bloomsbury's Debates in Archaeology series.

I have also written a short book titled Archaeological Theory: The Basics, published by Routledge.