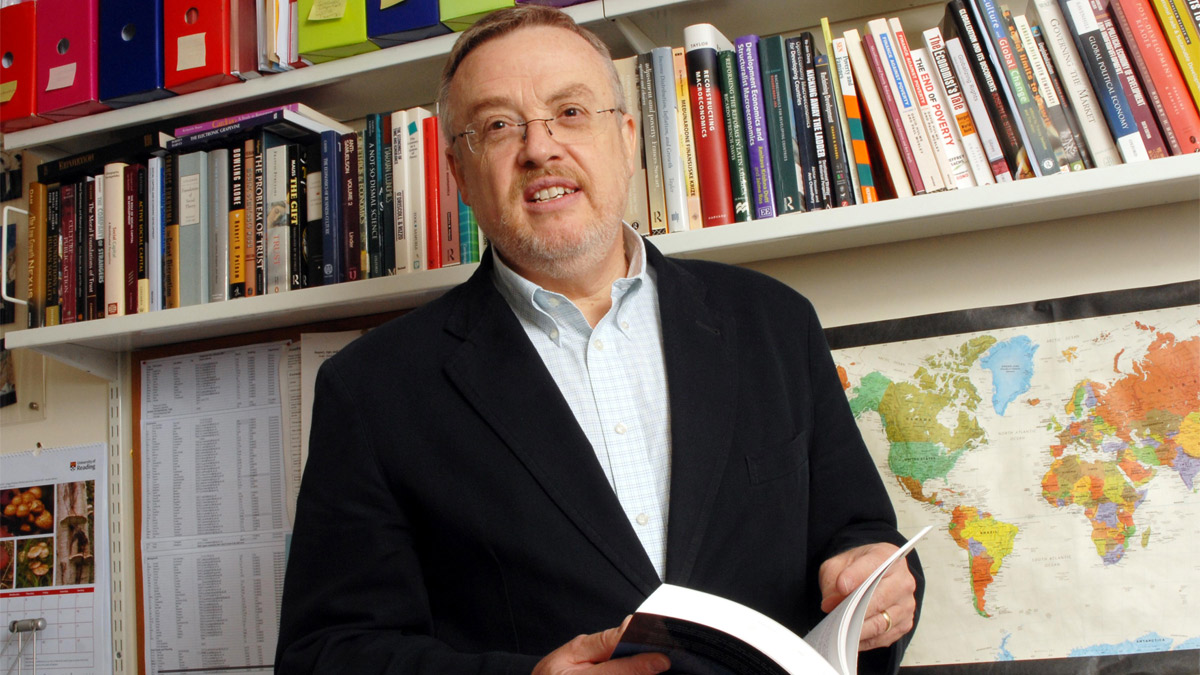 In memory of Rob Potter

The School of Archaeology, Geography and Environmental Science (SAGES) has established the Rob Potter Memorial Travel Award for Overseas Fieldwork in honour of the former Head of School, Professor Emeritus Rob Potter.

Professor Rob Potter (1950–2014), was a leading researcher in urban and development geographies, with particular reference to Caribbean development studies, and an Academician of the Academy of Social Sciences.

He was Head of School (2008–2012) and the recipient of the higher doctorate degree of DSc from the University of Reading for his outstanding contributions to the field.

Rob was a prolific researcher and publisher, producing more than 30 books and monographs, over 250 book chapters and journal articles, earning distinctions in several academic and public arenas.

He secured more than 50 research grants and was the founding editor of the journal Progress in Development Studies and the founding co-editor of a series of research monographs on third world development entitled Global Development and Environment. Rob was also a gifted teacher and inspirational supervisor to 30 PhD students.

In honour of Rob's contribution, we launched the Rob Potter Memorial Travel Award For Overseas Fieldwork, a bursary of up to £1,000 per year to support a postgraduate research student with their fieldwork.

In 2017/18, two postgraduates benefited from the Memorial Fund for their fieldwork:

The Memorial award in 2016 went to Monica Palmero-Fernandez for her research in Paris:

"I was awarded the Rob Potter Memorial travel award in 2016 to cover archival work in Paris. The grant allowed me to spend a month researching original documentation on the 1930s excavation of the site of Mari, in modern Syria. Mari is one of three case studies I'm researching as part of my PhD project, in which the re-examination of old excavations' data is a cornerstone. This award has been invaluable to my PhD because it allowed me to go back to the original sources of information, reanalyse them, and formulate a new interpretation of the data."

Rob will be remembered not just for his academic achievements but for the values that he demonstrated in his everyday life, as colleagues and friends have acknowledged in their tributes:

"Rob Potter was simply one of the best academics, because he was one of the nicest people that any of us will ever have the pleasure and the privilege of having known. He 'made a difference' to so many students' lives, because of his fairness, even-handedness and his humility."

"Everything that Rob did - scholarship, teaching, friendship and of course as a loving husband and father, he did it to the very best of his ability, and with honesty, integrity and enthusiasm. These personal attributes and life-long principles were highly evident to everyone that knew him. In the words of a recent research student he was supervising, Rob was simply 'a lovely man' and I think he would have thought this to be the most important tribute of all."

Rob will be remembered at Reading in so many ways – for his international scholarship, teaching and supervision, leadership, friendship and good humour. We will miss Rob enormously but we will also remember him with great affection and respect. He passed away at home on 12 April 2014 and leaves his wife Virginia and daughter Katherine.