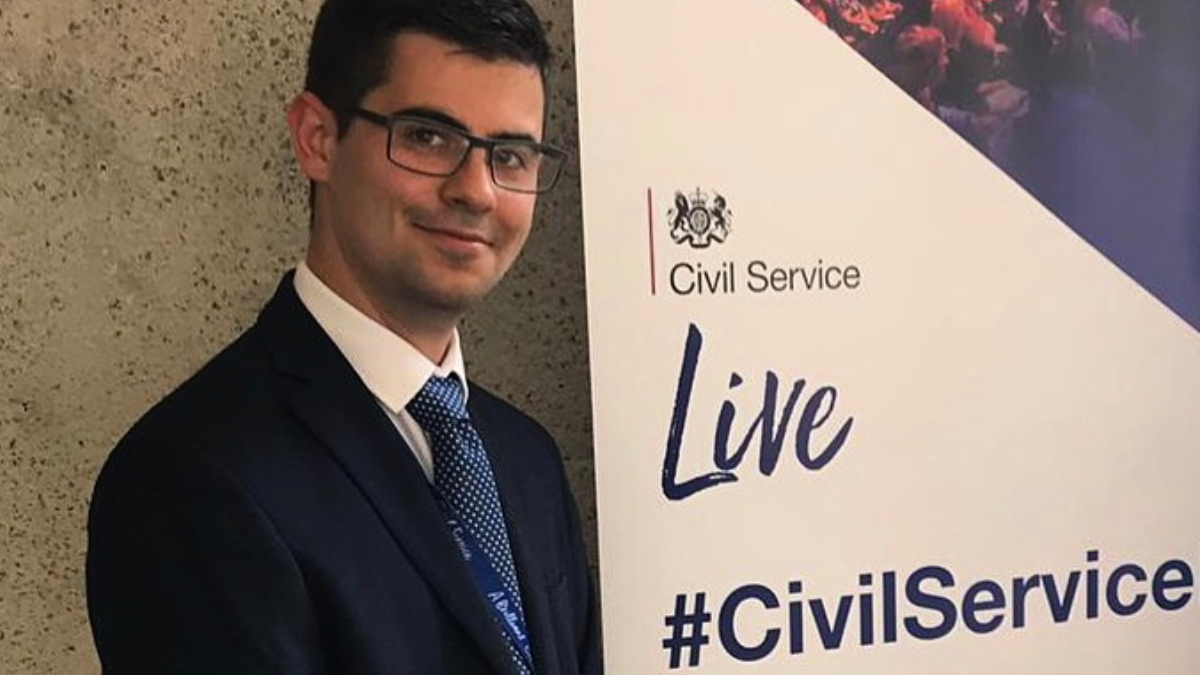 Four years on from graduating at the University of Reading, Felix Johnston-Brunn is enjoying a high-flying career as Policy and Secretariat Manager in the Civil Service.

There, he is responsible for developing recommendations for senior civil servants and ministers which seek to address the problems and opportunities that arise when managing several billion pound projects. This involves producing written briefs and submissions as well as verbally updating ministers on the issues of the day. He also leads on producing responses to parliamentary business relating to the projects within his team’s portfolio, including FOIs, Parliamentary Questions, and Oral Questions.

Springboard to a rewarding career

“The course’s focus on strong writing skills, particularly saying a lot in only a few words, certainly helps in my current role where I need to tell ministers what the problem is and what I want them to do about it in two sides of A4. Writing 1500 word essays is surprisingly good preparation for drafting ministerial submissions as it turns out!

Giving verbal presentations is also something that I have had to do on a regular basis and played a role in several of the modules I did at Reading. This has stood me in good stead for when I have had to brief my department’s Executive Committee or lead a team away-day.

I think my time at Reading definitely influenced my career choices and definitely contributed to me ending up in my current department which has an interest in many of the issues covered in the PIR course.”

Felix considers some of the most useful aspects from his time at Reading that he’s taken forward to his current role:

“Reading’s broad offering of modules and the fact that the staff encourage everyone to get stuck into as much as they can during their course is something that has stayed with me since I left. In my professional life, I have continued to seek out new opportunities to get involved in my home department’s work and that’s contributed to my ability to rise through the Civil Service quickly over the past three years.”

When asked what were some of the highlights of his time at Reading, Felix smiles:

“Where to begin?! I really enjoyed going to Belgium to take part in an international Module United Nations conference. It was a brilliant week, spent alongside engaged students from across the world. I subsequently went on to support a programme that the Department was pulling together for the Foreign Office about the UN, for which I was paid. One unexpected highlight was getting to interview Vince Cable for the Politics Radio show ahead of a talk he gave on campus.

The fact that I could study abroad, learn a language, take modules from other departments, and be involved in activities such as the Politics radio show as part of the course (and for credit) was very exciting."

Felix is emphatic when asked what he would say to anyone considering studying his subject at Reading:
“Go for it. It’s a beautiful campus with a great Politics department at the heart of it. The staff are all amazingly supportive and will help you in any way they can. The course can be completely tailored to your interests and that’s something a lot of other universities simply cannot offer you.”