Changing thinking about ecology and evolution

Our Ecology and Evolutionary Biology researchers use experimental approaches to examine how the natural world functions, changes and adapts.

Working across disciplines we carry out research spanning phenomena, from studies of species of microbes to larger, more complex organisms. Our findings are used to influence and change public, government and industry practices. We examine large scale phenomena and complex trophic interactions, and apply the outcomes of our research to real world problems.

Our academics routinely collaborate with partners both nationally and internally, including the Centre for Ecology and Hydrology, the British Trust for Ornithology, Syngenta and Bayer. 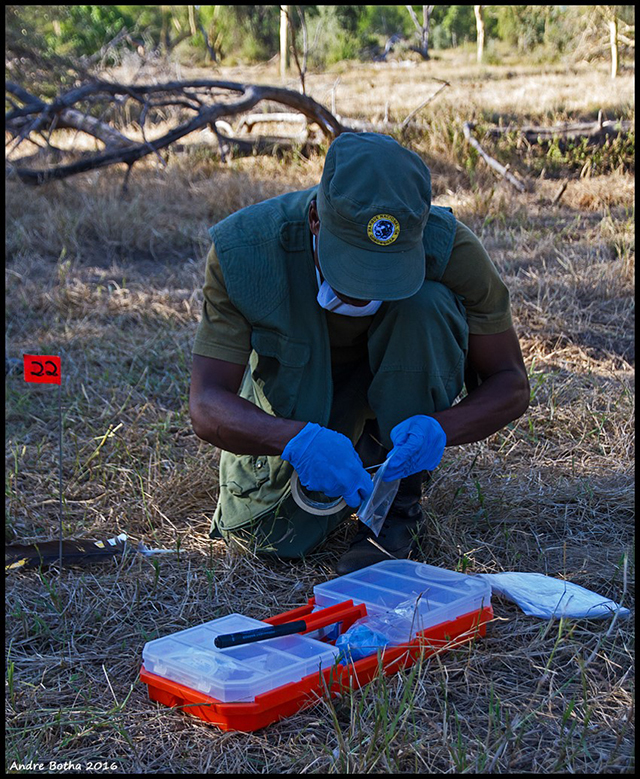 An 11-year national monitoring programme carried out with the help of citizen scientists has shown that 90% of UK adder populations are in decline. The snake could all but disappear from the UK countryside by 2032 if these trends continue. Habitat destruction through mechanical mowing and other human activities are thought to be to blame. The study, led by Dr Emma Gardner, has highlighted the vulnerability of UK adder populations and the importance of acting now to conserve them. Read more about the Make the Adder Count project and the research paper on its findings.

Reconstruction of the evolution of foot posture of 880 mammal species has shown that evolving to walk on tiptoes allowed mammals to rapidly evolve larger body sizes and dominate the globe. Reading’s Dr Chris Vendetti and Dr Manabu Sakamoto, working with scientists at the University of Tokyo, showed that large mammals like rhinos, hippos and giraffes all grew bigger extremely quickly in evolutionary terms. The added mobility and energetic efficiency that their new feet offered is thought to have allowed them to hunt prey or evade predators more effectively and given them a survival advantage. Read a blog post about the research and the original PNAS paper.

Professor Tom Oliver's research focuses on understanding the causes of changes to biodiversity to support environmental management decision-making. Using butterflies as an indicator species, Tom’s research has revealed how the range, arrangement and size of habitats within modern landscapes are vital for biodiversity. He proposes that restoring the ‘functional connectivity’ of habitats through corridors of meadows, woodland or wildflower strips, will improve the resilience of butterflies and other populations in the face of threats such as extreme weather events. His work has helped influence conservation thinking towards landscape-scale approaches. Read our research highlight about Tom’s work, and a blog post he wrote about genetic diversity in butterflies.

Rats and other rodents damage property and contaminate food supplies – and they are becoming increasingly resistant to commonly used rat poisons. The Vertebrate Pests Unit team at the University of Reading has developed a DNA screening technique to identify resistant animals using a tissue sample, such as a tail cutting. The genetic information from different rodent populations around the UK is being added to the Rodenticide Resistance Action Committee (RRAC)’s freely accessible interactive mapping tool. This tool can be used by pest control operators to find resistance types in their area and to get guidance on which rat and mouse poisons will be most effective. The data is also being used internationally to identify and quantify resistance to anticoagulant rodenticides in rat and house mice populations. The research, headed by Dr Colin Prescott, continues to benefit the plant science sector and has led to the European biocides industry adopting new guidance on how to treat resistant rodents. Read more on this research.

African White-Headed vultures are a rare species of scavenger. The birds have been targeted by poachers, who lace animal corpses with poison to kill them. Research conducted by Dr Graham Holloway revealed that the population numbers of the White-Headed Vulturewere significantly lower than previously recognised. As a result, the International Union for Conservation of Nature has reclassified the bird from ‘vulnerable’ to ‘threatened’ in Africa. This work highlights the need to reappraise monitoring systems and lobby for a reduction in casual effects, such as the use of non-target poisons like Diclofenac. Read our research highlight on this work.

Reading conservation biologist Dr Manuela Gonzalez-Suarez has developed a tool with the University of Lavras in Brazil to predict which animal species are most at risk of dying on roads, and in which areas. The research has allowed estimates to be made for the first time of the number of animals likely to become roadkill every year, and the characteristics that put some more at risk than others. The method was used for the first time in Brazil, and estimated more than 10 million animals die on its roads each year. The research, published in the journal Global Ecology and Biogeography, used existing roadkill data to predict future risk. Read the original research paper on this research.

Taught postgraduate courses are available via:

Cole Museum of Zoology and Herbarium

For the latest news and events visit the Reading research blog.

A new book by Professor Tom Oliver explores how people, plants, animals and planet are intimately connected and how our idea of 'self' is a delusion.

For our latest publications, visit the University's institutional archive.