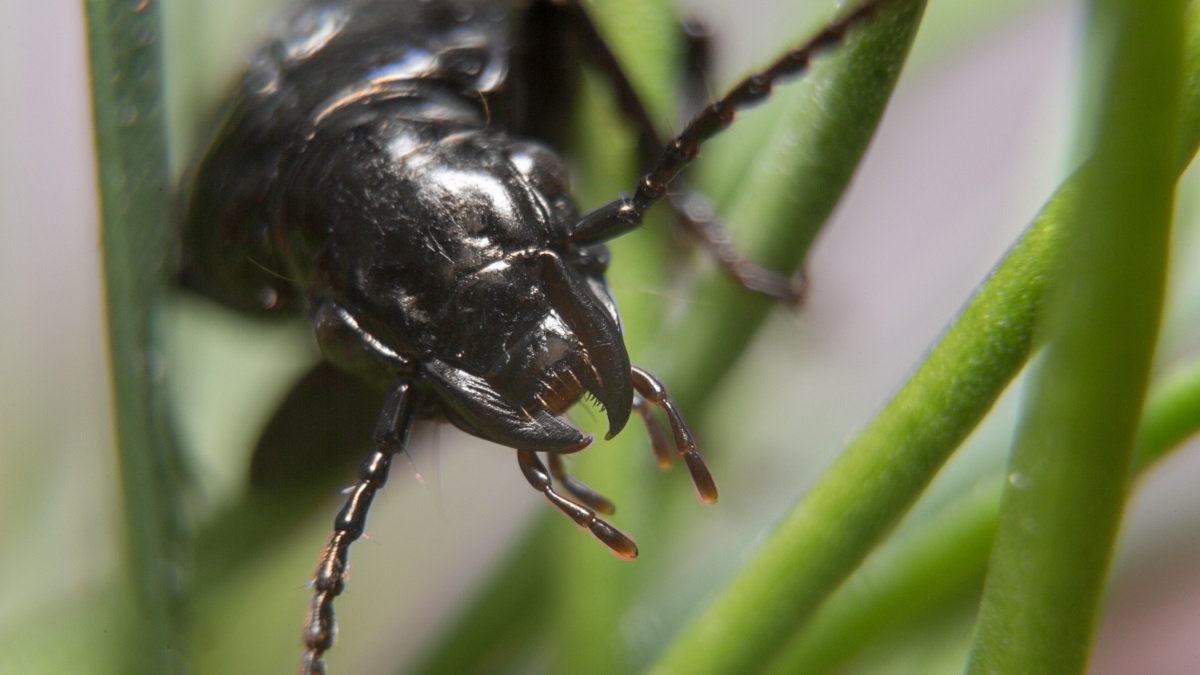 Tamara unearthed a passion for conservation while studying Zoology. She enjoyed her time at Reading so much, she decided to stay on and further her research studying for an MSc By Research Entomology.

Tamara made her decision to study at Reading after a rainy Open Day visit, seeing the Cole Museum along with the campus. She knew this was the ideal place for any Zoology student to study.

“When I visited the University, just walking around, I fell in love with it. Seeing the size of the campus, and the Cole Museum, I knew the campus was perfect for a Zoologist.”

One of the most important decision makers for Tamara was the modules on offer at the University – she loved that at Reading you study Zoology from day one, so she could focus on her area of interest straight away.

Tamara originally intended to study the three-year BSc. As her interests grew throughout her studies, and with the support and guidance from the School’s academics, she decided to apply for a placement after her second year. She was interested in the practical/field work aspect of Zoology, so focused her search for a placement on a role centred around field-based conservation.

Conservation is a highly competitive industry, and it can be hard to find placements that offer extensive field work. Tamara was well supported by the School, from the key skills module where she was given feedback on improving her applications and offered practice interviews, to the dedicated careers support from the School, where academics would seek out and share exclusive placement opportunities with students. Tamara found her placement with the Game and Wildlife Conservation Trust (GWCT).

Tamara’s placement was a fantastic opportunity where she was able to take part in field work in Scotland, based outside Edinburgh for the year.

“A lot of ecology placements are voluntary, but I managed to secure a paid placement at the GWCT. I got accommodation and bills all paid for, along with a weekly stipend – It was brilliant.”

Her placement gave her the opportunity to take part in real-world ongoing research. Tamara’s first project focused on grey partridges, aimed at improving biodiversity on agricultural land by 30% through the implementation of high-quality partridge habitats and farmer education. Tamara was based at the Scottish sites and involved in the monitoring surveys necessary for the project – surveying farmland birds, hares, insects, vegetation cover and grey partridge among other things.

The second project she was involved in was a way to investigate insect biodiversity in potato crops. Wildflower strips were planted up the centre of tramlines and pitfall traps used to assess the abundance of insect species at different distances along both the tramlines and into the potato crops.

The aim was to see how far insects could travel from the grass margin/field edge, up the wildflower strips and into the potato crops. Tamara’s focus was on ground beetles, which act as natural pest and weed control.

Through Tamara’s work, GWCT are now able to show farmers that well-planted wildflower strips have a positive effect on the abundance and diversity of ground beetles in potato crops, reducing the need for pesticides and herbicides. And Tamara was able to apply this newfound interest into her third-year research project where she expanded on the research she had undertaken on her placement.

Tamara had such a positive experience at Reading throughout her Zoology degree, she has decided to stay on at Reading to study MSc by Research Entomology. This will allow her to expand even further on her experience and research into ground beetles, focusing on education within farming communities and the benefits of biodiversity in potato crops, to produce better yields.

Learn about our Zoology degree

Learn about our MSc by Research Entomology course