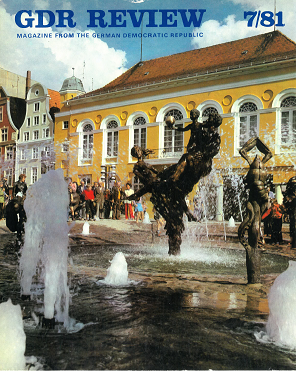 Congratulations to Dr Mary Frank who has won a stipend from the University's Heritage & Creativity Institute for Collections! This award supports residencies for postdoctoral researchers looking to develop a funding application for a project based in one of the University's collections. Thanks to this support, Mary will be able to spend two months working in the East German Studies Archive (EGSA).

EGSA, established in 1994, contains more than 6,000 books, journals, pamphlets, dossiers, films and memorabilia from East Germany. It remains relatively untapped as a research tool, and one of the goals of Mary's residency will be to promote it - via both traditional academic channels and social media - to the research community. Her focus will be the English-language holdings. Mary is interested in the content of these publications and the people who produced them. Many potential research questions already suggest themselves, and others will emerge once she becomes immersed in the materials. How did East Germany talk about itself in English? Were the articles written in English or translated from German? If translated, who was responsible for commissioning and carrying out translations? What were their motivations? What non-textual features (such as photos and illustrations) were used to shape East Germany's international image?

The residency will allow Mary to gather data for what will become a full-scale postdoctoral project. Through the particular window on the East German regime offered by these materials, she expects that project to generate findings of interest not only for publishing historians, but also scholars of European history, nationalism, German Studies and Propaganda Studies.

Funded by the University's Teaching and Learning Development Fund, the East German Studies Archive provides two student placements in the academic year 2018-19. These placements offer the opportunity for Year 2 students of German to search the archive for materials which can be used in the teaching and learning of the Year 1 module Icons of Modern Germany. Half of this module is dedicated to the history of East Germany and in order to get a better grasp of the recent history of German division, materials from the archive are used to illustrate the module's individual topics. In particular, student presentations are designed to apply newly learned content and skills in the discussion of the archival holdings.

The student placements serve not just the identification of suitable material but also the introduction of the diverse materials on the archive's website. Thus our fantastic holdings are showcased to a wider community of researchers and provide a tool for students preparing their class work and assessments. Watch this space!

The poster for this project can be found here. 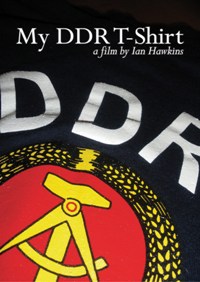 Thursday 2 December at 6.30 pm at the University of Reading, Palmer Building 102

Join us for an evening screening of Ian Hawkins' remarkable film "My DDR T-Shirt" (German with English subtitles). There will be a Q&A with the director afterwards.

"My DDR T-Shirt" is an interview film about people's experiences with communist East Germany. When Hawkins went to Berlin in 2005, he like many tourists bought a t-shirt with communist symbols on it; to him it seemed a funny souvenir. Yet the t-shirt became more than a matter of fashion: What did the communist symbols actually stand for? What did they mean to people? And do they still mean something? To find an answer, Hawkins met people from both sides of the Iron Curtain and recorded their opinions and life stories. "What does the DDR t-shirt represent to you?"

The film offers a perfect opportunity to learn more about life in divided Germany through the eyes of a British filmmaker.

The event will run as part of the CEGS (Centre for East German Studies) event series, and is organised by Stefanie Ochel, Lektorin on behalf of the German Academic Exchange Service (DAAD), and Dr Ute Wölfel, Director of CEGS.

Defeat or Liberation? 1945 in Film 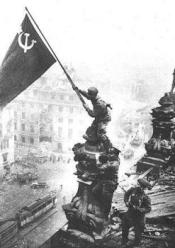 A Research Forum to mark the 65th Anniversary of the End of WWII. The workshop is open to everyone interested in the depiction of 1945 in European Cinema. The papers introduce films from East Germany, Italy, Poland and America with the opportunity for further discussion.

Remember Remember the 9th of November 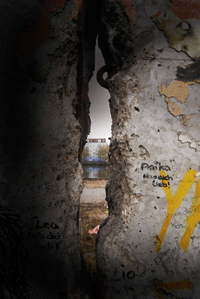 The Centre for East German Studies celebrates the 20th anniversary of the fall of the Berlin Wall. Click here for details.

CEGS director Dr Ute Wölfel (German Studies) will introduce and show the famous documentary The Wall. Demolition of a Nightmare.

Prof Patrick Major (History) will speak on How the Fall of the Wall Changed History.

The lecture will discuss the way in which underground filmmakers explored, twisted and dissolved the image of the Berlin Wall in the 1980s. Many film clips by experimental Super-8 filmmakers will be presented - a scene that flourished in the independent pockets of the punk counter culture on both sides of the Berlin Wall.

All are welcome, including non-speakers of German!

The autumn of 2009 will see the twentieth anniversary of the fall of the Berlin Wall and the beginning of the transformation process that led to the formal act of German unification on 3 October 1990. The approach of these milestones provides a good opportunity to take stock of how life, politics and culture in divided Germany have been remembered since the demise of the East German state and to consider the status of competing memory discourses of the GDR and the unification process in today's Federal Republic. Who is remembering, in which socio-political context, in relation to which view of the past, to counter which tendency to forget or distort? In what ways have official and unofficial processes of memorialisation been instrumentalised or commercialised? How has the end of the GDR influenced German memory culture in general over the past twenty years? Papers looking at these questions from post-1989 cultural, political and historiographical perspectives, or seeking to illuminate the intersections between these spheres, are invited.

The Centre for East German Studies is displaying an exhibition of entries from a poster competition, organised by the Stiftung zur Aufarbeitung der SED-Diktatur, and held under the auspices of the President of the German Bundestag.

The aim of the competition was to find a design for a new issue of four postage stamps commemorating the 20th anniversary of the 1989 peaceful revolution in Germany and celebrating German unity from 1989/90. The exhibition is part of the programme of co-operation between the Centre and the Stiftung.

The exhibition will be on display in the first-floor foyer of the HumSS building until 19 December.

The Forum brings together important contributions to the field of pre- and post- unification language use and discourses in a one-day forum. The 1990s saw a great interest in the study of language and discourse in East Germany, which seems to have decreased in recent years. This situation calls for a reexamination of key issues and the role that language study plays in East German Studies. The Forum will be an opportunity to discuss the current state of research in this field and its future potential.

How to find us

The Centre for East German Studies has organised six conferences in recent years:

Popular Protest - Then and Now: A Reflection on 1989