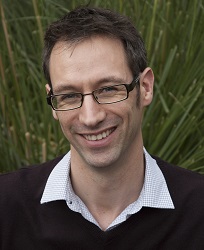 Rob is Director of Quaternary Scientific (Quest) and is responsible for project delivery, programming and all staff within the team. Rob obtained a BSc in Geography and Geology from Royal Holloway, University of London in 2003 and subsequently undertook a PhD in the Geography Department of same institution, graduating in 2009. His PhD research investigated the changing environments of the Lower Thames Valley during the Middle Holocene (ca. 7000 to 3000 cal BP), with particular emphasis on the history of yew woodland. During the course of his research, Rob carried out high-resolution, multi-proxy palaeoenvironmental analysis on a number of sequences between central London and Tilbury, from both commercial archaeological sites (e.g. Golfers' Driving Range) and land owned by both English Heritage (Tilbury Fort) and the RSPB (Aveley Marshes).

During the course of his PhD, Rob started work as an Environmental Archaeologist for ArchaeoScape at Royal Holloway in 2006 before becoming the Biostratigraphy and Geochronology Manager for the same unit the following year. In 2008 Rob joined Quest as a Project Manager, before being promoted to Senior Projects Manager in 2010, and four years later became Director. During the course of his employment, Rob has managed and worked on an extensive range and number of commercial archaeological and palaeoenvironmental sites, largely in London, but across the UK and north-western Europe. This work has been undertaken for government organisations (e.g. Historic England, Environment Agency), consultants (e.g. RPS, CgMs Consulting, WPS, Ramboll) and contractors (e.g. AOC Archaeology, Pre-Construct Archaeology, Archaeology South East), and has included undertaking geoarchaeological borehole investigations, deposit modelling and palaeoenvironmental analysis on sequences from the London Cable Car site, Greenwich Peninsula, the Olympic site, and multiple sites within the Battersea Channel Project Area.

Rob's research interests focus on the reconstruction of prehistoric wetland and dryland environments, particularly that of the Lower Thames Valley, where he focuses on the following areas: (1) mapping the palaeotopography; (2) the vegetation history (specifically that of yew and elm woodland), (3) detecting evidence of human activity, and (4) investigating potential palaeoclimatic proxies. Rob also has a growing research interest in the palaeoenvironmental history of North Devon, and has contributed to a number of research projects within the School of Archaeology, Geography and Environmental Science at the University of Reading, including, 'the Mesolithic of the wetland edge in the Somerset Levels' (led by Professor Martin Bell), 'the Central Zagros Research Project' (led by Professor Roger Matthews), 'the Ecology of Crusading' (led by Dr Aleks Pluskowski) and 'the Vale of Pewsey Project' (led by Dr Jim Leary & Professor Martin Bell). Rob has also developed a strong teaching portfolio at both undergraduate and postgraduate level and manages placement opportunities within the unit. He is a Member of the CIFA and co-editor of the 'Association for Environmental Archaeology' newsletter.