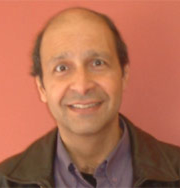 Teaches the following courses on the LL.B and LL.M programmes:

Sandy Ghandhi has been a member of the School of Law since 1978. He is presently a Professor of Law. After studying for his first degree in Law at the University of Oxford, he graduated from the University of London, King's College with an LL.M. Thereafter, he qualified as a Solicitor working for a niche practice in central London.

Sandy served on the Law Society's International Human Rights Committee for 9 years (1998-2007) and was involved in a number of major projects with the Committee. He has also been consulted widely on issues of international human rights law and has advised in the preparation of amicus curiae briefs.

In addition, Sandy was a consultee of the Ministry of Justice in the preparation of the recent periodic reports of the UK to the ICCPR, ICESCR and CAT.  He is currently engaged on research in the broad field of international human rights law with an emphasis on the work of the Human Rights Committee of the International Covenant on Civil and Political Rights.