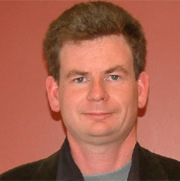 Mark's main research interests lie in environmental law, tort and the interplay between the two. This is exemplified by his book on Civil Liability for Environmental Damage which is now in its second edition. He has a particular interest in the relationship between law and technology in an environmental context and his piece on 'BAT and Coal-Fired Power Stations: can the energy gap be plugged without increasing emissions?' has been cited by NGOs in their dealings with Government.

Mark is also interested in legal history which he finds offers fresh insights into his research in tort and environmental law. This approach shed new light on the equitable discretion to awards damages in lieu of an injunction and the resulting publication was cited by the UK Supreme Court in the seminal nuisance case of Coventry v Lawrence [2014] UKSC 13

Many of Mark's research interests have been brought together in his developing work on railways and law which he is striving to develop into a field of study in its own right. At present he is working on environmental issues associated with major rail infrastructure projects and a historical piece on the railway sparks cases. This has yielded major new insights into the development of strict liability and the origins of the statutory authority defence.

Please visit Mark's blog, Railways and Law, which focuses on current rail topics and has established contacts with the rail industry.