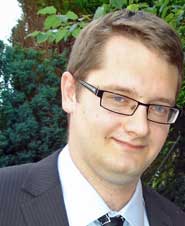 James is co-editor-in-chief of the Journal on the Use of Force and International Law (Routledge). He is the co-rapporteur of the International Law Association's 'Use of Force: Military Assistance on Request' Committee, and sits on the Advisory Council for the Institute for International Peace and Security Law (Cologne, Germany). His research has been cited by the Supreme Court of Canada and the UN's International Law Commission.