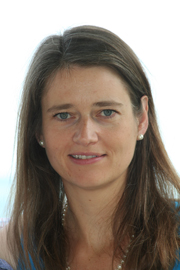 Lead and co-lead PhD supervisor of:

She currently teaches the following courses:

Anne joined the School of Law in September 2007.

She is committed to international collaboration, coedited and published two books in the field of EU external relations law with Hart Publishing (2014, 2017) and contributes to a leading textbook in the field (2020).

Anne obtained a Jean Monnet Fellowship at the Robert Schuman Centre for Advanced Studies of the European University Institute in Florence (2010/11). She is a Visiting Fellow at the Centre of European Law, King's College London and Editorial Board Member of ZEuS (Zeitschrift für Europarechtliche Studien, Berliner Wissenschaftsverlag).

Anne acts as external examiner (undergraduate, postgraduate taught and postgraduate research) and referee for academic publications, scholarship applications and programme accreditation. She is admitted to the German bar as Rechtsanwältin (solicitor/barrister) and trained as a mediator. Anne speaks English, French, German and Italian.

In 2017, Anne established – together with her co-editors Professor Christina Eckes (Amsterdam) and Professor Piet Eeckhout (UCL) – the academic journal Europe and the World - A Law Review, which is the first peer-reviewed academic journal in the field of EU external relations law. It aims to contribute to legal scholarship on the place of Europe in the world, with a particular focus on EU external relations law.

She is co-founder and co-convenor (re-elected in 2018) of the Interest Group 'The EU as a Global Actor' of the European Society of International Law (ESIL), which was launched in September 2012, and is interested in international collaborative projects in that field.