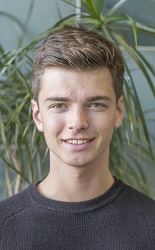 Precarious lifescapes and informality: a gendered and generational analysis of young informal workers in urban Tanzania

This is a three-year project which has set out to investigate how young people's gendered and generational positioning shape their agency and participation in the urban informal market in Tanzania.

One year of ethnographic research has been undertaken in Dar es Salaam and Arusha (both Tanzania). Across both cities 22 youth participants (aged 15-35), as well as 14 key stakeholders participated in this study. A range of methods were used during the data collection stage of this research, including participant observations, mobile phone-based GPS tracking, life-mapping interviews and participatory time-line diagrams, participatory video, focus groups and semi-structured interviews.

This research endeavours to contribute to the developing understandings of young people's complex and diverse informal livelihoods within urban localities in a Sub-Saharan Africa context.

This project is funded by the ESRC.

I have a BSc in Human and Physical Geography and a MSc in Human Geography (Research), both from the University of Reading, UK. During my masters, I undertook seven weeks of scoping qualitative fieldwork in Dar es Salaam (Tanzania), where I interviewed several key stakeholders (government officials, CBO and NGO workers) and small-scale informal workers (see blogpost link for more details). This research allowed me to develop my PhD research which is detailed above.

Overall, I have over one year's experience of undertaking research in urban Tanzania. I have also attended several conferences; most notably the RC21 conference (September 2019), where I presented part of my research which focused on the interconnected and interdependent livelihoods of young men and women who work informally. Prior to embarking on a masters and PhD, I worked in a customer service environment for one year as a supervisor.