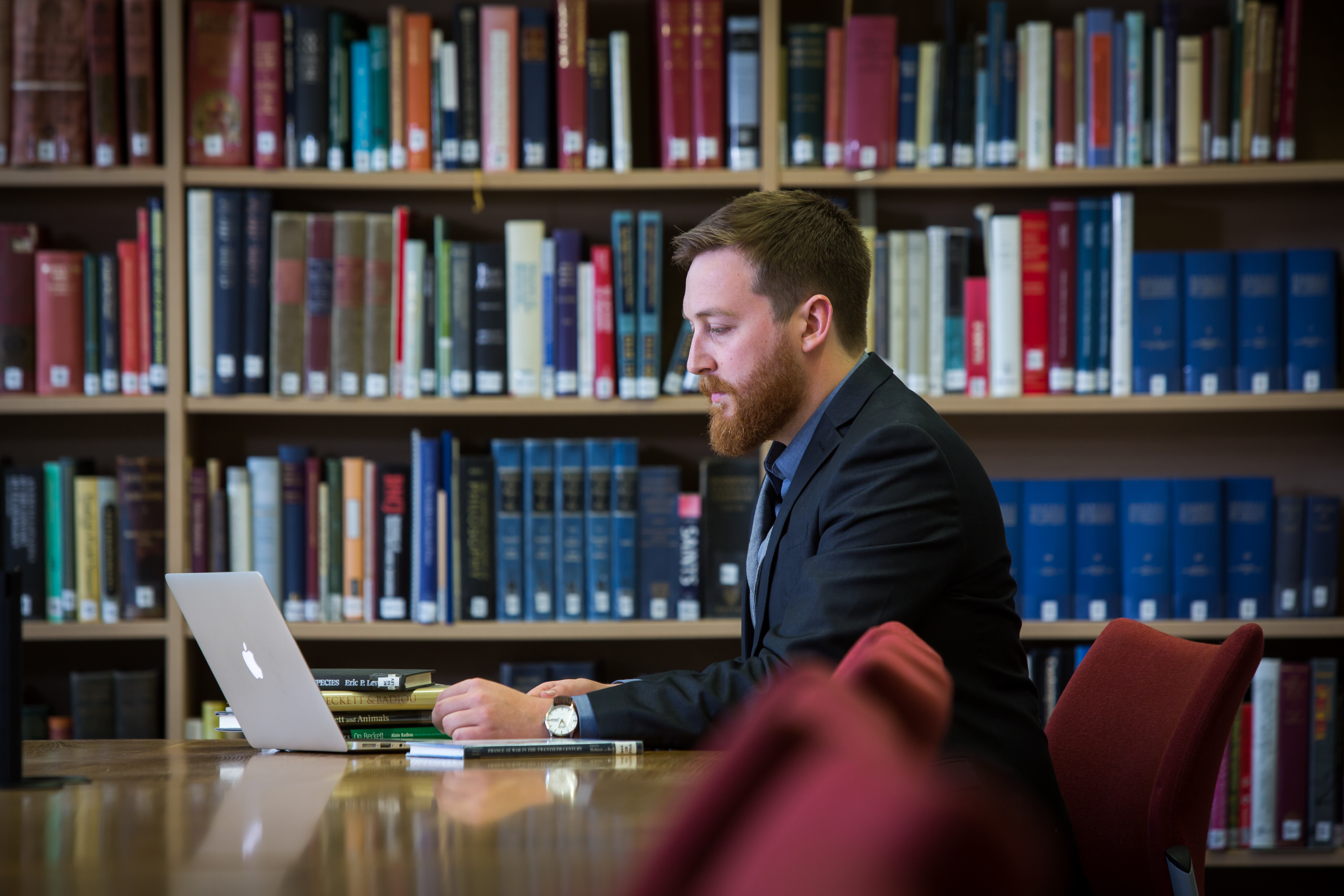 My primary research interest is modern literature and culture, including war writing, British and Irish poetry, modernism and its legacy, the history of the BBC and digital humanities.

I am an Associate Fellow of the Higher Education Academy.

Within the department I teach:

I have also contributed to courses in:

I research and publish on a range of topics in modern literature and culture. I began my research career focused on the life and work of Samuel Beckett. I am interested in the intersections between aesthetics, history and politics in modern literature, and so my work on Beckett has centred on two primary topics: Beckett and war; and Beckett and politics. My first monograph, Samuel Beckett and the Second World War (Bloomsbury 2020) explores the impact of the Second World War on Beckett’s writing and examines how we can understand his work in relation to the physical and psychological traumas of the mid-century, the radical politics which flourished in Germany, France and across Europe, and the genre of war writing. With Helen Bailey (University of Reading), I edited Beckett and Politics (Palgrave 2021), a volume of essays that brings together an international group of scholars to explore the different kinds of politics that Beckett’s work engenders. I am also interested in neglected areas of Beckett’s body of work. In 2022, I will publish a volume of essays edited with James Brophy (University of Maine) entitled Samuel Beckett’s Poetry (Cambridge University Press 2022), the first systematic study of Beckett’s entire career as a poet. I have also published or have forthcoming numerous articles and book chapters on these and other topics related to Beckett’s work and was a consultant and contributor for the BBC Radio 4 documentary ‘Beckett’s Last Tapes’ (2019). I am a Research Fellow in the Samuel Beckett Research Centre and welcome any enquiries about Beckett’s work.

I also have an abiding interest in modernism as a cultural phenomenon, the work of minor modernists often absent from traditional histories of modernism, and the legacy of modernism in the second half of the twentieth century. This interest has produced a series of publications including articles on poets such as Donald Davie and Thomas MacGreevy. My current research in this area is focused on the work of Charles Tomlinson. I have conducted significant archival research on Tomlinson’s career, notably his relationship with the magazine Poetry Nation/ PN Review. Ongoing work on Tomlinson is supported by a Distinguished Fellowship at the University of Texas, Austin, to be taken up in 2022. Other work on modernism includes essays on the role of T. S. Eliot’s work in Samuel Beckett’s writing and a study of the major anniversaries over the hundred years since The Waste Land was published.

More recently, I have become interested in the work of Harold Pinter, both in terms of his own life and writing and as a case study for digital methods of research. The latter interest arose as part of my work as a researcher for the ‘Pinter Histories and Legacies’ AHRC project (2017-2021), the core of which was the creation of a navigable production database covering all of Pinter’s stage, radio, television and film work, as well as his roles as an actor, director, writer and producer. The database is a granular, digital resource tool for researchers, students, practitioners and any other interested parties. I am currently working with Mark Taylor-Batty (University of Leeds) on a follow-on project focused on generating education resource packs for schools using the data gathered in the database. As a result of this and other research into Pinter’s work, I have also started a new book project tentatively entitled Harold Pinter Beyond the Stage. The book will explore Pinter’s careers in film, television and radio acting, screenwriting, poetry and publishing, and examines the roles these careers played in his creative processes.

I am also developing an interest in the history of the BBC. Its intersections with the history of modernism are the subject of a BBC Radio 4 documentary entitled ‘The Battle of the Brows’, for which I am a consultant and co-presenter, to be broadcast in April 2022. I am currently researching the life of R. D. Smith, one of the major producers at the BBC in the mid-century who experienced a turbulent career due to the British government’s interests in his political affiliations. Work so far has included research into MI5 holdings at the National Archives related to Smith and his wife, Olivia Manning.