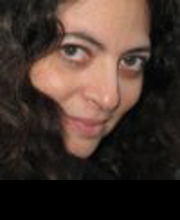 I am an artist and my work is engaged in portraiture in film and video, the role of lived relations in the formation of subjectivity and at times, Jewish Identity. Although primarily my work would be regarded as video-based fine art shown in gallery contexts, the work has an ongoing relationship with the traditions and concerns of avant-garde documentary film.

In addition to my art practice, my published writing typically explores:

I am on the editorial board for the peer review journal Jewish Film & New Media: An International Journal. In addition, I have peer reviewed for the German Academic Exchange Service (DAAD) fellowship, examined externally in the Fine Art Department at Brighton University for their periodic review; the MFA at Byam Shaw; the Digital Film and Screen Arts BA at Farnham, UCA.

I am the Principal investigator of a large Arts and Humanities Research Grant (AHRC) (2018–2021) entitled "The Legacies of Stephen Dwoskin" as PI with Co-Is Alison Butler (University of Reading) Jenny Chamarette (Queen Mary University) Yunhyong Kim (University of Glasgow) and partners the LUX and the BFI.