As colleagues will be aware, work is underway to action the recommendations arising from the University’s Race Equality Review. This page has been set up to feature more information and progress made against recommendations from the review and will be added to as actions move forward.

As a first step, and in order to support a shared understanding of racism and specific forms of discrimination and harassment, including anti-Blackness, antisemitism, Islamophobia, etc, this page sets out some useful web resources and links to other reference points for colleagues and students who would like to read more information about diversity and inclusion and who wish to learn more about different types of potentially discriminatory conduct.

Our responsibilities are legislated for by the Equality Act 2010, which includes a list of protected characteristics (see below) and the Equality and Human Rights Commission provides a useful overview of everyone’s rights under the Act.

Definitions of the different types of discrimination feature within our Equal Opportunities Policy, which is currently under a routine review. As this site is developed we will look to include some examples of discriminatory conduct with reference to our own University context and our expectations about culture and behaviours to further address recommendation 16 and will make colleagues aware of updates via the Staff Portal.

Below are the characteristics protected under the Equality Act, with links to potential useful reference sources should you want to find out more. (Please note that the University takes no responsibility for the content of these external sites.)

You might also want to take a look at the Advance HE pages. Advance HE is a member-led, sector-owned charity, which incorporates the former Equality Challenge Unit. The organisation works with institutions and higher education across the world to improve higher education for staff, students and society and is responsible for equality charters such as the Race Equality Charter and Athena Swan.

Age UK is a well-known charity and you can find more information about ageism on their website, alongside other resources.

You may have seen the terms disablism and ableism when reading about disability issues. The disability equality charity in England and Wales, Scope, has more information about these terms on their website.

Find out more about the University’s Staff Disability and Neurodiversity Network – it is also a member of Purple Space, and their website has resources and further information, which you might want to explore.

If you have a disability or health condition Access to Work is a publicly funded employment support programme that aims to help more disabled people start or stay in work.

The government website features pages for employers on preventing discrimination including some useful information on gender reassignment.

There is guidance on the University D&I pages on Trans and Gender Identity: Supporting information and procedures for staff and students as well as Provision of Gender Neutral Toilets.

Citizens advice and the government web pages are both sources of further information about marriage and civil partnership:

The University has Family Leave Procedures and Guidance and the University’s Parent and Family Network. The network was set up in 2019 to be a source of information sharing and support, and holds regular events with invited speakers on relevant topics as well as offering a Teams site for questions and sharing resources.

As recommendation 16 of our Race Equality Review mentions anti-Blackness, antisemitism and Islamophobia among other examples of discrimination we have included some details of those here, and below under ‘Religion and belief’.

The term anti-Blackness or anti-Black racism was discussed as part of the Race Equality Review and is used to specifically describe race discrimination against and impacting on Black people specifically.

The International Holocaust Remembrance Alliance (IHRA) definition of antisemitism is:

“Antisemitism is a certain perception of Jews, which may be expressed as hatred toward Jews. Rhetorical and physical manifestations of antisemitism are directed toward Jewish or non-Jewish individuals and/or their property, toward Jewish community institutions and religious facilities.”

The IHRA guidance has some examples of antisemitism, which can be useful for reference. Antisemitism also falls under the ‘religion or belief’ protected characteristic.

Citizens advice provides information about all forms of discrimination under the Equality Act including race. This link is to their page on Gypsies and Travellers, from where you can navigate to other pages with information on discrimination.

The University’s BAME Network of colleagues and allies provides a supportive space for BAME colleagues to engage with each other.

There is more information on the different definitions of religion or belief in the Equality Act itself and on the Equality and Human Rights Commission pages. As mentioned above, recommendation 16 refers to Islamophobia as one example, and we will add others over time.

The All-Party Parliamentary Group on British Muslims 2018 report ‘Islamophobia Defined: the inquiry into a working definition of Islamophobia’, included the following definition:

“Islamophobia is rooted in racism and is a type of racism that targets expressions of Muslimness or perceived Muslimness.”

UUK's new guidance for members on tackling Islamophobia and anti-Muslim hatred was published on 16 December 2021. The briefing builds on the recommendations of their Changing the Culture framework, including their guidance on tackling racial harassment, and highlights issues facing Muslim students. It also features case studies to illustrate the approaches being taken by universities, and provides links to further information, training and resources.

You might find the recent London Metropolitan University report Institutionalised: The Rise of Islamophobia in Higher Education of interest.

For more information on antisemitism see above under ‘Race’.

The website of the European Institute for Gender Equality (EIGE), which is an autonomous body operating within the framework of European Union policies and initiatives, is one source for more information on sex discrimination or sexism.

The Women@Reading Network for University staff champions issues of sex and gender equality across the University, offering events open to all staff.

Perhaps the best-known charity supporting LGBT Plus issues, Stonewall is a charity, which introduced the Workplace Equality Index (WEI) in which the University participates. Stonewall's website includes further information on the WEI and other aspects of their work.

Launched in 2014, the LGBT Plus Network is a staff support network supported by LGBT Plus Allies. The Network hosts a series of annual events and works with the University and RUSU to participate in Reading Pride each year to share information more widely.

Useful additional information on all the above is often available freely on websites of various other organisations working in Equality, Diversity and Inclusion, and the D&I team in UoR will continue to add to this page so please do visit again. 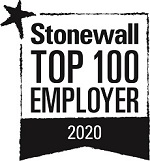