The Leverhulme Doctoral Scholars will benefit from a Programme of Visiting Scholars over the course of their studies. International experts in the field of climate justice will be in situ for periods of 2-3 weeks, providing the students with master classes and support with their research. The programme aims to provide at least one Visiting Scholar each academic year. 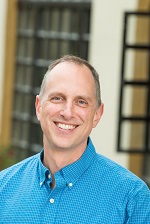 John Meyer is Professor and Chair of the Department of Politics at Humboldt State University, on California's North Coast. At Humboldt, he led the effort to create - and also serves as a faculty member in - interdisciplinary programs on Environmental Studies (B.A.) and Environment & Community (M.A.).

Meyer is the author or co-editor of six books, including Engaging the Everyday: Environmental Social Criticism and the Resonance Dilemma (MIT, 2015), The Oxford Handbook of Environmental Political Theory (Oxford, 2016), and The Greening of Everyday Life: Challenging Practices, Imagining Possibilities (Oxford, 2016), as well as articles in leading professional journals. He is also an editor of the journal Environmental Politics. He has been selected as a research fellow at the Institute for Advanced Study in Princeton, New Jersey and at the Rachel Carson Center for Environment and Society in Munich, Germany.

Meyer has a background in political organizing and has served as an advisor to Humboldt's Campus Center for Appropriate Technology (CCAT), a member of the University's Sustainability Steering Committee and the Humboldt Energy Independence Fund. He is also a founder of an annual academic workshop and community of scholars and activists focused on environmental political theory. 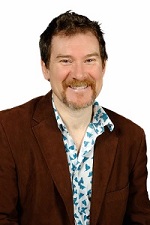 John Barry is Professor of Green Political Economy in the School of History, Anthropology, Philosophy and Politics at Queens University Belfast. His areas of research include green moral and political theory; green and heterodox political economy; the social economy and normative aspects of environmental and sustainable development politics and policy; action and engaged research; the greening of citizenship and civic republicanism.

His latest book is The Politics of Actually Existing Unsustainability: Human Flourishing in a Climate-Changed, Carbon-Constrained World (2012, Oxford University Press).

He is currently working on a book provisionally entitled ‘The Story of Unsustainable Growth: Understanding Economic Growth as Ideology, Myth and Religion’. He is also a Green Party councillor on Ards and North Down Borough Council in Northern Ireland.

Steve Vanderheiden (Ph.D., University of Wisconsin-Madison) is Associate Professor of Political Science and Environmental Studies at the University of Colorado at Boulder, as well as Professorial Fellow at the Centre for Applied Philosophy and Public Ethics (CAPPE) in Australia. He joined the CU-Boulder faculty in 2007, and specializes in normative political theory and environmental politics, with a particular focus on global governance and climate change. In addition to numerous published articles and book chapters on topics ranging from Rousseau's environmental thought to the politics of SUVs, and edited books on political theory approaches to climate change, energy politics, and environmental rights, his Atmospheric Justice: A Political Theory of Climate Change (Oxford, 2008) won the 2009 Harold and Margaret Sprout award from the International Studies Association for the best book on international environmental politics. He is currently completing a book entitled Doing Our Bit: Individual Responsibility for Climate Change.

Steven Vanderheiden will be our Visiting Scholar from June 5th to 9th, 2017 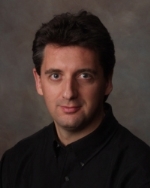 Dr Stephen Gardiner is Professor of Philosophy and Ben Rabinowitz Endowed Professor of Human Dimensions of the Environment at the University of Washington in Seattle. His main areas of interest are ethical theory, political philosophy and environmental ethics. His research focuses on global environmental problems (especially climate change), future generations, and virtue ethics.

Professor Gardiner is the author of A Perfect Moral Storm: the Ethical Tragedy of Climate Change (Oxford, 2011), the coordinating co-editor of Climate Ethics: Essential Readings (Oxford, 2010), and the editor of Virtue Ethics: Old and New (Cornell, 2005). His articles have appeared in journals such as Ethics, the Journal of Political Philosophy,Oxford Studies in Ancient Philosophy, and Philosophy and Public Affairs.

Professor Gardiner has published on a diverse range of topics including intergenerational justice, the ethics of geoengineering, the precautionary principle, climate justice, Aristotle's account of the reciprocity of the virtues, Seneca's approach to virtuous moral rules, and Socrates' political philosophy. He has recently completed Debating Climate Ethics (forthcoming Oxford), a "for and against" book on climate justice written with David Weisbach of the University of Chicago Law School, and the Oxford Handbook on Environmental Ethics, co-edited with Allen Thompson of Oregon State University.

Stephen Gardiner will be our Visiting Scholar from November 7th to 17th, 2016 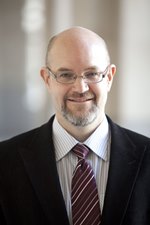 Dr Peter Stoett is the Director of the Loyola Sustainability Research Centre (LSRC) at Concordia University in Montréal. His main areas of expertise include international relations and law, global environmental politics, and human rights.

Dr Stoett has written, co-written, and co-edited over ten books and over 50 peer reviewed articles, chapters in edited books, and occasional papers. He has conducted research in Europe (including the Balkans), eastern, southern and western Africa, central America, and Asia. From April to July 2013 he was an Erasmus Fellow and taught at the International Institute for Social Studies at the Hague, Netherlands. From January-June, 2012 he was the Fulbright Visiting Research Chair in Canadian-American Relations at the Woodrow Wilson International Center for Scholars' Canada Institute, in Washington, D.C., where he conducted research on transborder environmental relations. He is also a Senior Research Fellow with the Europe-based Earth Systems Governance Project of the International Human Dimensions Programme on Global Environmental Change (IHDP), a member of the Canadian Association of the Club of Rome, and an Expert Member of the Commission on Education and Communication of the International Union for the Conservation of Nature.

Professor Stoett has also taught senior graduate courses at the UN-mandated University for Peace in San Jose, Costa Rica (where he will teach in the spring of 2104) and the IMT Institute for Advanced Studies/Scuola di Dottorato, in Lucca, Tuscany, Italy; and has supervised theses and internship report work on a variety of topics, including international relations, humanitarian intervention, and environmental impact assessment. He also teaches an online course on Contemporary Issues in Global Politics and is currently developing another on Global Environmental Issues and Ecological Justice.

Dr Stoett's latest SSHRC grant is for research on "Bioinvasion and Global Environmental Governance: the Transnational Policy Network on Invasive Alien Species." He is currently editing a new text on Canada-United States environmental relations and continues to work in the areas of biodiversity conservation, climate change, international criminal law, and genocide studies.

View Peter Stoett's CV, including lists of publications and papers given

Peter Stoett was our Visiting Scholar from May 17th until June 7th, 2016.